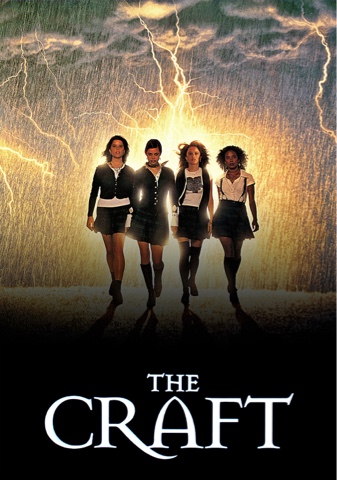 Believe it all not this movie is 20, yes 20 years old now, and probably the coolest Witchcraft film made, starring some young actresses who were almost unknown at the time, who went on to bigger things mainly Neve Campbell, who went to star in the very famous Scream series, from the late great Wes Craven, as Sidney Prescott.
With Robin Tunney making her debut too, and Fairuza Balk, with probably the most quoted meme ever ' beware of those weirdo's' 'sir we are those weirdo's'. With Fairuza Balk as Nancy being the star of this movie.

Plot Summary;
The new girl at high school Sarah (Robin Tunney) suddenly becomes more interesting to a bunch of misfit girls, when they realise she has telekinetic powers, and realise she is the missing person from their wannabe coven. With the elements together Earth, Air, Fire, Water, the witches coven is complete. Becoming very powerful witches, using their powers for good, and punnishing bullies. when the group go too far, and someone is killed by the powerful Nancy,  Sarah attempts to leave the group, the other three members curses her, with a fight for the death near the end.

This film is more known for the beauty of the four girls in this movie, made before Dawsons Creek, and other TV shows with beuatiful people in it, even the co stars in this movie are all good looking actors, such as Skeet Ulrich, Christine Taylor, Brecklin Meyer. It also has a great soundtrack, and for only a modest budget at the time,$15,000,000 it made at the box office $55,669,466 trebling  it's orginal budget. With news recently that this film is to get a sequel, or a reboot, has upset it's orginal cast members especially Fairuza Balk who has been quoted "remakes in general are a bad idea"
This movie has still not dated that well, but is still a great movie, the strange thing is all these girls being in their mid to early twenties are now in their forties is hard to imagine, but unfortunately 20 years have come and gone so bloody fast. I can still recommend this movie, yes it is full of good looking people, in a movie that I would normaly hate, but this movie has such a coolness about it, namely Fairuza who is amazing in this, that is hard to hate this movie, and to go along for the ride. It is the best teenage movie made since The Lost Boys, and that is a compliment.
4/5⭐️⭐️⭐️⭐️ 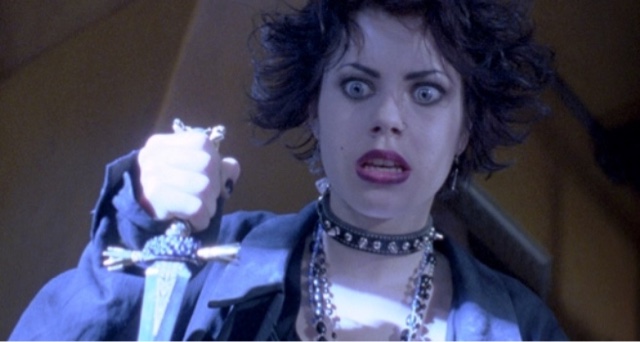