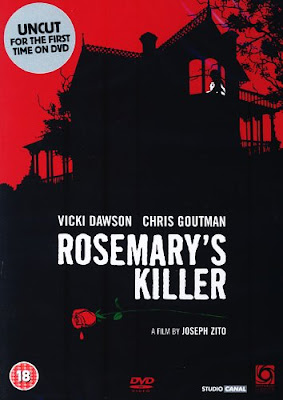 A film that strangely has been long forgotten, from 1980, and a film that has no mention about any remake or reboot. That is how this good film has been left on the shelf, compared to other slashers of that decade. Strange as it has possibly the best onscreen kills, with amazing practical effects from Gore master Tom Savini.

Plot summary;
A jilted soldier returns home from world war 2, hearing just before that his girlfriend has replaced him with another man. At the graduation ball of 1945, Rosemary is brutally slain alongside her new boyfriend. Shocking the town, that another ball has been postponed for 35 years. It is now 1980 the ball has been agreed  once more, and the jilted soldier is not happy and decides to slay the party goers once more.

Formally known as the Prowler especially in the States, but changed to Rosemary's Killer in the UK. The film apart from the great Gore effects is quite average though, and probably why it has never been remade. With the jilted soldier in full army greens, with helmet, and  face covered, alongside with his bayonet sidearm and pitchfork, he is lethal with his kills, including the best knife through head scenes ever filmed, and a virtual decapitation in the pool, that looks scarily realistic. It is a shame the director didn't know how to create tension, with slow plodding scenes between kills, a film that most would fast forward to see the great kills. Or otherwise go on YouTube to see the making of this film with Gore scenes straight from the Tom Savini camp of effects, that is more interesting than watching this film all the way through. Shame as so much work went in to creating the best Gore effects I have seen on screen in some time, using old fashioned techniques that is still better than any CGI effect used frequently now.
Released uncut in the UK from StudioCanal on a barebones disk with just the trailer and photo stills to enjoy.
Still if you have never seen or heard of this film give it a go, acting wise and direction is not the best, but the Gore scenes are just amazing, that does stop this film from being totally unforgettable.
2/5** 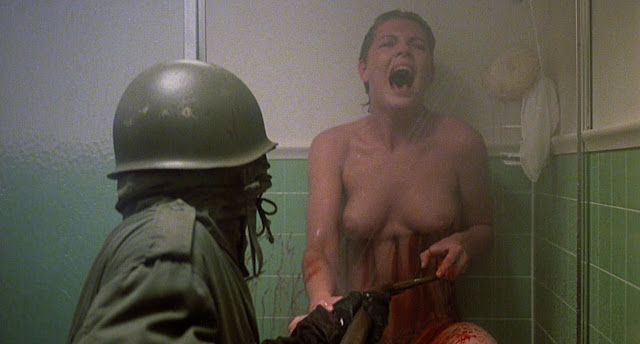