M Night Shyamalan film Split set for general release in January 2017, is already causing controversy over its negative Mental illness message, with a campaign to have this film shelved, and should it?. 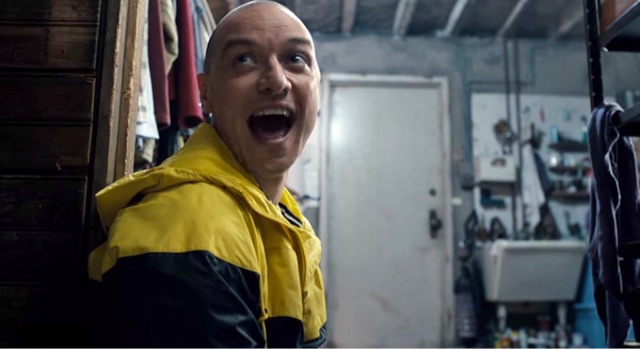 Has M Night Shyamalan gone to far with his new movie Split? Upsetting a lot of groups who support the need to understand Mental illness. With a petition already started online by care2 http://www.thepetitionsite.com/en-gb/944/537/866/boycott-/  with the link here. The movie set for release in January 2017 starring James Macavoy, who has multiple personalities disorder, with the film protrayal of his character having no less than 23 personalities, have already upset a lot of people, who say M Night Shyamalan is saying in his movie all people with Mental Illness and especially Multiple Personality disorders are dangerous and serial killers, which is completely the wrong message to be sending out. I have a mental illness, suffering from depression most of my life, but only diagnosed 3 years ago, I also have GAD general anxiety disorder, which debilitates my confidence, and my ability to socialise and even leave the confides of my own house. Mental illness is too easy a target especially in movies, to easily explain someone's actions, personality and this movie is another example of misrepresentation of the illness. I myself will not be watching this movie, but that is just my own personal opinion, and I do not want this movie banned, or anyone involved in this movie vilified, but I do think The Producers of this movie and especially M Night Shyamalan needs to promote a positive message about Mental Illness alongside this movie, or put a disclaimer before the movie starts to say this doesn't apply to every living person suffering in silence from Mental Illness. I do not believe Shyamalan to be a bigoted man either, but all I'm asking for, as a sufferer of Mental Illness, he should have been more sympathetic with the illness, and definitely needs to promote a positive message alongside this movie, or otherwise he will face a lot of negativity from campaign groups, who for the good of promoting positives for the illness will not shut up about this movie untill it is banned or shelved unfortunately.