Hellraiser is surprisingly 30 years old this year, omg where has thetime gone. 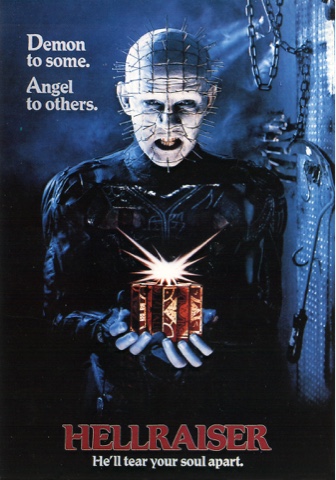 Straight from the pages of Clive Barker's sick mind comes this gem from 1987 and surprisingly celebrating it's 30th anniversary this year directed by the writer himself, making his directorial debut, and what a film, that unfortunately has produced many crappy sequels, but undeniably this is the only one truly worth a mention. A film that took thespian Doug Bradley, normally a stage actor, and made him equally as famous in a role, as Robert Englund was to Freddy Krueger. Now Pinhead was never the name of this cenobite, it is only the name fans of the series named him, he was always susposed to be nameless.

Plot summary;
A sexually deviant man unknowingly opens up a gateway to hell, that gives him all his sexual needs, in the form of sick torturous abuse in the form of hellish cenobites, opened from an ancient Chinese puzzle box. He escapes from hell, and wanting to become human again, with the help of this lover, and the need for human flesh, with the cenobites angry that he has left the confides of hell, all happening in this great British horror gem.

With great direction from Clive Barker on his debut, and also on her acting debut Ashley Roberts, makes this still a must see film, and having watched it again recently, it has lost none of its shock factor, from the squeamish scenes in this movie, yes it is a little dated, but remember it is almost 30 years old now. With two great boxsets to choose from in the UK first came out in a digipack from Anchor Bay in 2004, containing the three best films of this series, including a fourth disk of special features, this version though has long been deleted, but you may still be able to get yourself a copy, as the artwork and fold out case it comes with is amazing, only available on DVD format. Arrorw Films released it recently on Bluray in the trilogy form, with special features, and reversible sleeves. 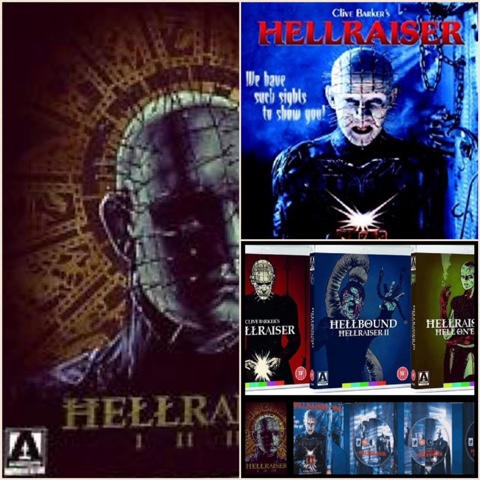 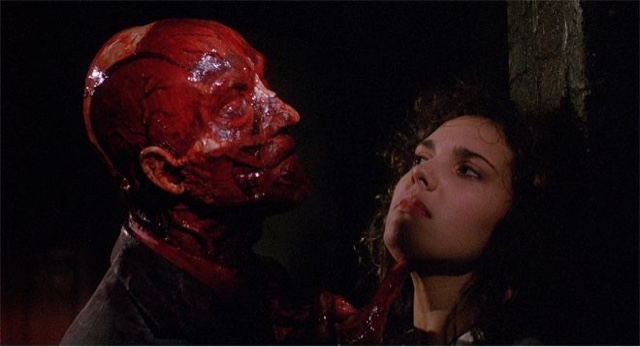