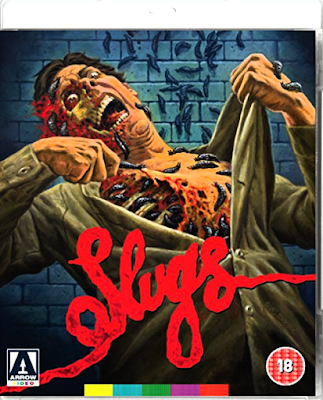 From 1988 comes this beauty, the part funded spanish/American production. With badly dubbed Spanish actors, pretending to be American, the English Professor once again Spanish. Yet the terrible acting, and dubbing doesn't spoil the enjoyment of this very bad film. With killer slugs that has bred and mutated due to local councils allowing a toxic waste dump, that has leaked into the sewer system causing these slugs to require human flesh for food. With some great gore scenes, the couple after having sex is eaten alive by thousands of the slimy things. To a man's head exploding after digesting a Slug. As the title says
"THEY SLIME. THEY OOZE. THEY KILL."
From celebrated Spanish director Juan Piquer Simón, the man behind the truly demented slasher flick Pieces (1982), comes this low budget film.
Based on the novel by acclaimed British horror author Shaun Hutson, Slugs certainty out does its fellow creature features, with great gore, terrible acting I'm afraid, but still an enjoyable 80's horror flick, terribly dated, but still fun.
3/5⭐️⭐️⭐️

Here s Slugs In Your Eye an interview with actor Emilio Linder.

They Slime, They Ooze, They Kill: The Effects of Slugs an interview with special effects artist Carlo De Marchis. 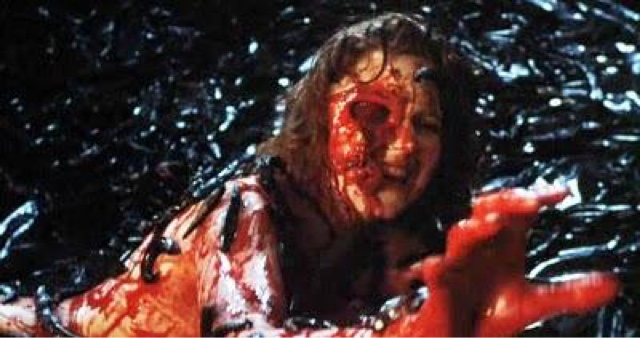