A rant on modern life, when the days of buying what film you like from your local store has long gone, forcing us all to rely on the online market. Is it so hard to buy a hard copy of the film you actually want. 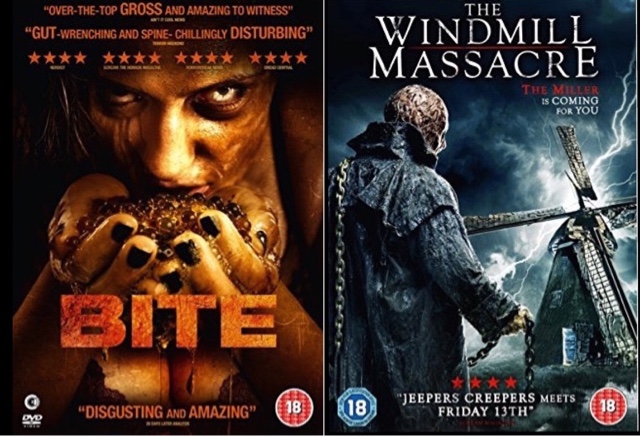 Just two of the releases I wanted this week, yes I know they are not the best movies, probably unoriginal, but you know I wanted to own them. Guess what I was unable to get copies of these movies in any shop. Gone now are the days of waiting on a Monday in the UK and Tuesday in the states for release day, as no shop, or supermarket will sell these titles, just the crappy blockbusters like Warcraft, Me Before You, I was lucky to find a copy of Ash VS The Evil Dead, but only on DVD not Bluray. I know you can preorder titles on Amazon, HMV online, and Zavvi in the UK, but then including postage costs, you never seem to actually have it on the day of release anyway, even though you pay for that. It got me wondering where do you go now to buy a physical copy of a movie, I can go to my local shopping centre or Mall, which is a 45 minute drive there, and the same back, with traffic two hours of my life gone. They are forcing you to rely sorely on online shopping, which is extremely sad, as you have no idea, what the cover or artwork looks like, what special features it entails, the risk of having it delivered damaged, then having to return it, at a cost to yourself, to wait for it to be received back, to then have a replacement copy sent out, a week may have passed, and yet in the old days your local store, would stock every new release,any problem you could take back the same day for refund, or replacement, those days are long gone now. Even if those stores are still open, it is almost like they have given up trying to compete with the online market. Two other instances about this, one day this week I fancied a retro game night of Mario Cart on the Wii, but because the sensor on it was damaged, being packed away, it meant the unit was useless, so I went to my local shops in the hope of a replacement, guess what? We don't do parts anymore, we only sell next gen consoles, so once again relying on purchasing online with EBay, four days later still waiting for it to be processed and delivered.  Once again a UK exclusive Warner Bros released the Iconic Moments with exclusive sleeves 24 in total, ranging from the 40's to present day, I only wanted certain titles from this list, such as The Matrix, The Shining, 2001 Space Odyssey, True Romance, Seven,Full Metal Jacket, Gremlins, Goodfellas, Mad Max Fury Road, Dirty Harry. Yet the only titles I could buy in my local supermarket were Wizard Of Oz, Empire Of The Sun, Casablanca, Robin Hood Prince Of Thieves, Charlie And The Chocolate Factory, Gone With The Wind. I couldn't even order these titles online as Amazon didn't stock  them, but I found them on HMV, but guess what they sent me the wrong copies of many of the films, not the covers I wanted, and they told me they cannot guarantee to send me the copies I want, only the ones they actually have in stock, so once again, we are back to the "what the fuck happened to my local store that fucking sold everything" and yes my friends those days are long gone, welcome to the future. Below the films I wanted on the left, the ones I could buy were on the right, how shit is modern life.