A few of the great horror movies to look out for in 2017. Hope you enjoy. 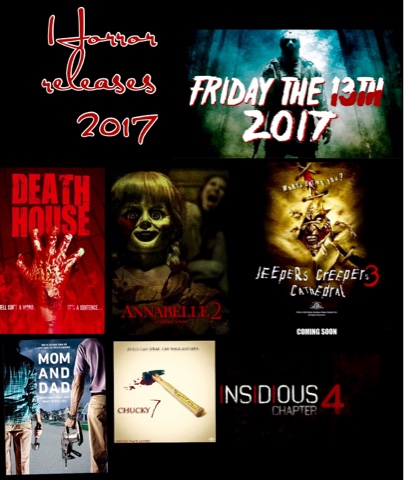 These are the confirmed releases so far for 2017, disappointingly most of them are sequels, or reboots again, namely Friday The 13th will be an original story,Chucky will surface once more in another Child's Play movie, Annabelle returns in what looks like a prequel to the original. Talking of prequels after the success of Insidious chapter 3, Chapter 4 is in production, with once again Lin Shaye back in her role again, fighting the darkness. We do have some original movies in the form of Mom And Dad starring everyone's least favourite actor Nicholas Cage, in which for reasons unknown attack and try to kill their children, who have to survive this madness, co starring Selma Blaire. The other great new movie is the Expendables of Horror characters, that I have already written about on my blog, and that is Death House, starring Robert Englund, Kane Hodder, Sid Haig, to name a few.
Of cause horror is a genre that keeps expanding every year, and the one constant movie genre that never loses its appeal, unless you were a producer in the nineties, the decade that horror very nearly disappeared, keep horror going, keep it fresh, maybe less sequels would be a good start, and leave horror to the independent studios, producers, and directors, would be a great start. Although I will take a sequel just like everyone else. 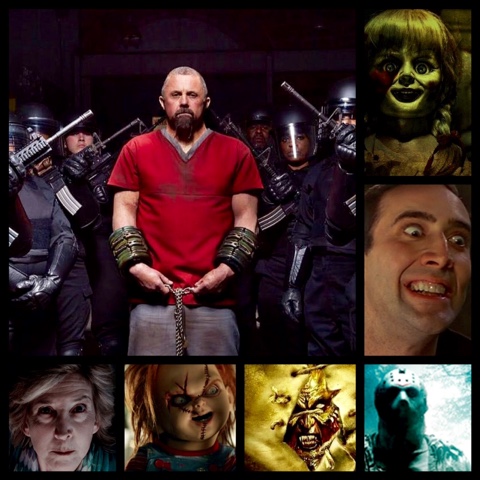