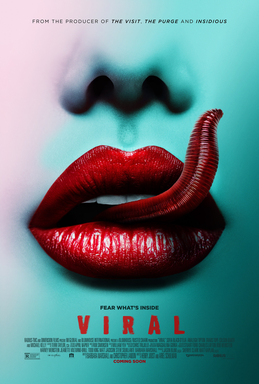 Why they had to sexualize this poster for this actual great film is beyond me. Then again sex does sell, with the poster having absolutely nothing to do with this film.
A film for once based on scientific facts, although once more exaggerated, is based on the idea of a parasitic creature taking over a human body, with one purpose to pass that parasite on to other hosts, via spitting blood into people's faces.
With parasitic entities that already control the actions of rats, that actually make them fearless around cat's, which they eat, then live in the intestinal wall of  cats, to be excreated and for the cycle to be passed on again. Using this idea, but having humans as hosts, and loosely using the idea of a parasitic worm similar to South American Botworm is the basis of this great story, giving an insight to how a possible pandemic is controlled, via the CDC and how the Goverment would control the situation, is quite scarily realistic.
With a majority of this movie being carried by just three actors, you know just works, mainly based on two teenage sisters having to fend for themselves, as their Dad is already unable to reach them as their town has been quarantined, by the Army, as Marshall Law has been declared, it is up to Stacey (Analeigh Tipton) and her younger sister Anna ( Sofia Black D'Elia) to try and survive this outbreak. 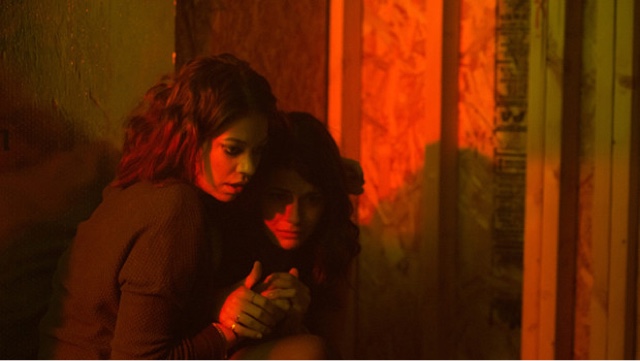 With help from a neighbor Evan (Travis Tope) who is very keen on the younger sister Anna. With the dilemma of Stacey being exposed to this parasite through her own stupidity, Anna and Evan have to keep the exposed Stacey from regular visits from the CDC and army, checking temperatures. We do have a very real emotional approach to what normally is a balls out violent approach to most viral type movies. We have genuine love between the two sisters, with Anna just wanting to do the right thing and protect her sister, who is inevitability going to fully sucomb to this parasite in her.
It does have some great genuine moments of tension, with some squeamish moments of a parasitic worm being forcefully removed, but we do see very little what is happening around the world, as the story is primarily based around these two sisters. Which is in my opinion why this movie works so well, it is acted really well, with completely believable performances all round, especially from the two female leads. Directed by Henry Joost and Ariel Schulman who are known as the directing team of the fantastic Catfish film, with two Paranormal Activity films between them,number 2 and number 3, with those being two of the better sequels, is why I think this film works, they know how to direct human emotions, if that makes any sense, bringing realism to the Paranormal franchise, the same with this movie. Yes it is not particularly scary, but instead bringing a realistic, scientific and human Responce to something happening out of the ordinary is why this film is so good.
4/5⭐️⭐️⭐️⭐️ 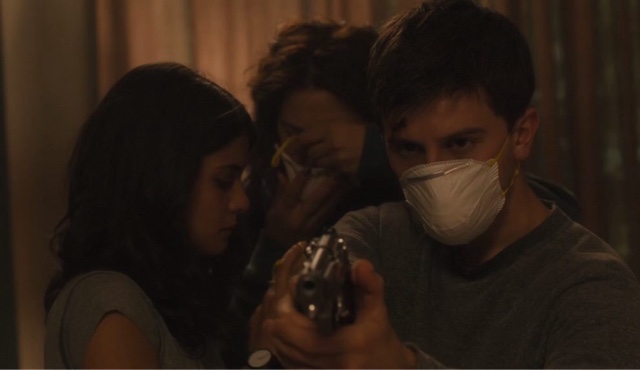