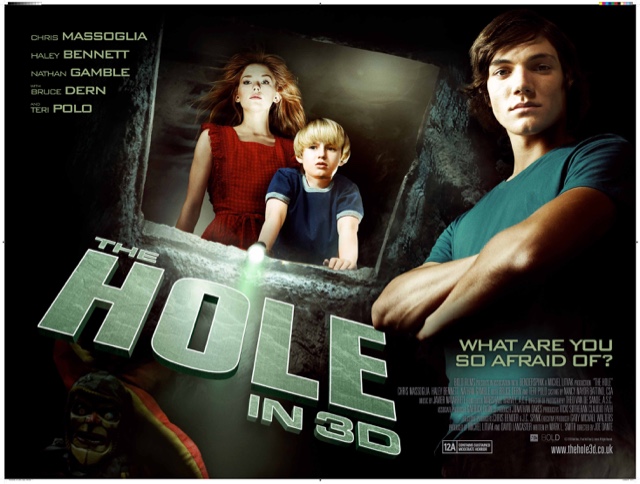 So I revisited this again last night, and you know on repeated viewings it does get better, I never liked it the first time I saw it, and I thought it was a blatant rip-off of The Gate from 1988, but watching Goosebumps recently, I realised I was looking at this film, as if it was made for the adult market, well it wasn't, it is clearly aimed at teenagers, the one part I never got before.
Now back to the film, yes it is definitely aimed at older teenagers, but is way too scary for anyone under 15, which in my opinion is what the certificate should have been, not the 12A it was in the UK.
A story of a family moving into this new house, and neighbourhood, a single parent family, with a very busy working mother, a pre teenage son, and a definite older teenage son, who has taken a liking to the girl next door, like most teenage dramas they are destined to be together, but instead of being all  cosy, cosy, a little matter of a Hole that is the gateway to hell, is in their basement, and all three children are being terrorised by their biggest fears.
We have a ghostly girl, that moves scarily slow, and creepy, a sinister, and really frightening clown doll, and a Police man, with half his head missing from the back, and his brain is clearly exposed, to a huge scary man, who is hell bent on beating the children to death.
As I said previously, it is far too frightening for anyone under 15, but then again Joe Dante does like to push barriers, to make his child friendly horror films, still that...... Horror, and he is the master of it, with Gremlins under his belt for one.
We do have a slightly disappointing ending, but the dream house segment at the end, is fantastically filmed, reminding me of the fantastic Paper House from 1989, the acting is moderate, but Hayley Bennett, is stunning is this, with a wasted Teri Polo, and Bruce Dern.
The film though is far from perfect, it is scary though, with one of the scariest dolls since Poltergeist, a film aimed at kids, but being far too scary for them, but not enough to hold the adult market either, it is not quite Gremlins, or The Howling, but still better than Burying The Ex.
3/5⭐️⭐️⭐️ 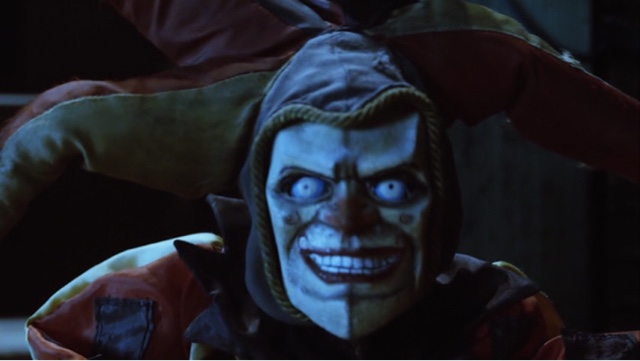