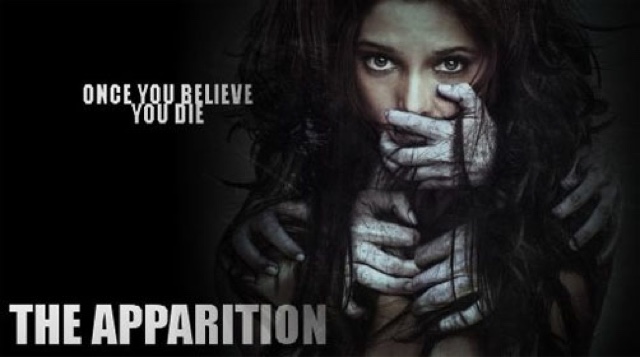 A film where the trailer is far better than the actual movie, where there is more action and thrills than the actual film, so my advice don't bother with this turd of a movie, watch the trailer and you've seen the movie, as Alexandre says on the Compare the market adverts in the UK "it's simples".
Starring the girl from the Twilight movies, and Malfoy from Harry Potter, a badly acted, and blatant copy of the Grudge and Paranormal Activity, with the opening reminding me of The Quiet Ones, straight out of the seventies, with super 8 footage of a seancé, with a disclaimer at the start is based on a real experiment called the Charles Experiment, I should have realised how much I hated The Quiet Ones, with this movie reminding of that, it was going to be crap!!!.
Plot summary;
Three students raise an evil entity, that prays on fear, headed by Malfoy (Tom Felton)and yes he is still crap at acting, and Harry Potter wasn't a fluke, his mate Ben (Sebastian Stan)  and some unnamed actress who disappears through a wall. Cut to some time later and Ben and his girlfriend Kelly (Ashley Greene) are being plagued by an unknown entity in their house, that prays on fear first, and gets stronger,  and once you are truly shitting your pants it gets you, and that is the story.
A film that is completely devoid of any real scares, blatant copies of other films, that offers nothing new,  with terrible acting to boot, this film really is as boring, and shamefully crap as the other reviews have already stated, with 3%  on Rotten Tomatoes is being very generous.
A film that is devoid of any scares it is even hard to find a scary still of this movie so I shall show you the only part that was watchable and that was Ashley Greene's ass.
1/5⭐️