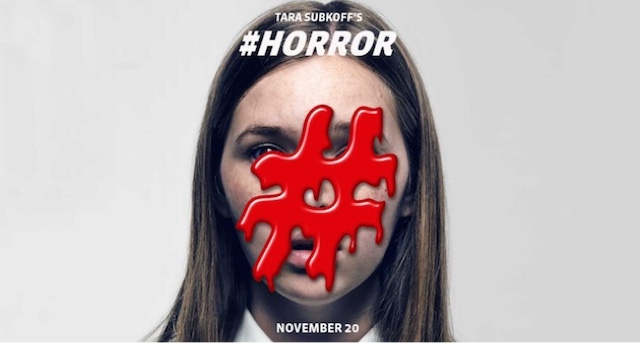 Tara Subkoff's #Horror should have been called #Shocker, the worst part about is that it has some great talent starring in this with Timothy Hutton, Cholë Sevigny And Balthazar Getty, it still is a mess of a film though. The opening does start quite decent, with a sex scene in a  Fast car, with an unfaithful husband banging his younger employee, to then seeing him having his throat cut by some unknown assailant. We then have the worst opening titles I have ever seen, like watching Candy Crush on acid, an onscreen attack of emojis in psychedelic colours to attack all your senses.
I believe the director is making a point about social media, and people's reliance on it, to cyber bullying  using these apps as a weapon, but it just doesn't work and has been done so much better in other films, such as the very underrated Smiley, even Unfriended was so much better than this movie.

Plot Summary;
The new girl at school is invited to a sleepover with her horrible bitchy school mates, who spend the whole time bullying her and each other using a new social media app. With murders thrown in for good measure, namely the girls nearest and dearest, all streamed online using this new app.

The problem with this film is having extremely unlikeable characters throughout, even the bullied girl is just as vile as her other protagonists, it is hard to actually find any reason, and to be empathetic with any of the girls, and the killer is so blatantly obvious in this.
A film to warn of the dangers of trolling and Internet bullying, done in such an over the top way, using flashy visuals,  pathetic storyline, bad acting, and totally unlikable people,does not get that message across. Is it the worst film I have seen?  in Fairness I have seen a lot worse this year, but it is still a bad movie, with established actors in this, with great acting credentials, what were they thinking? Then again any paycheque is as good as the rest, and that certainly hasn't stopped Nicholas Cage releasing turkeys every year.
A dreadful take on cyber bullying, that has unfortunately been done so much better in other movies, a great disappointment 1/5⭐️ 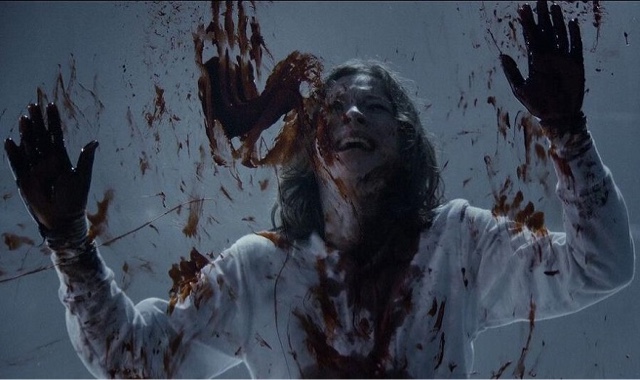