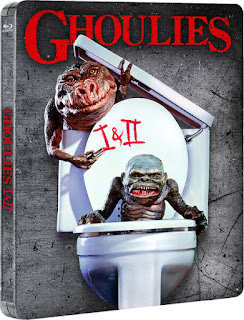 Another one of my favourites from the eighties being released once more on BluRay.
With extras, a decent remastered picture, and a limited edition if you want from zavvi.com.
With this film always being referred to as the very cheap poor cousin to Gremlins, directed by Luca Bercovici. I loved this movie as a teenager, alongside Critters that also needs a Hd proper upgrade by the way.
I'm being honest I'm getting conflicting reports but on Amazon it has a release date of 10th October on BluRay, with Zavvi advertising it as available now.
So I'm not too sure which site to believe.
This is a  simple story of a bullied and weak man who summon up these Demons reading from an old book once more, that cause havoc and mayhem, with some great fun deaths. With the best marketing campaign ever having the Demon poking his head out of a toilet seat, became the main VHS cover especially in the UK. 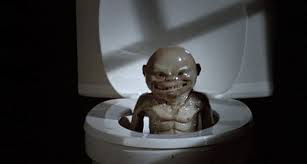