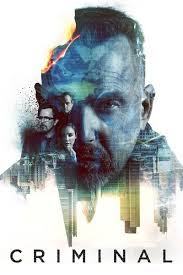 A film that proves even with great actors involved, you can still have a film that is so bloody average. Mark Kermode even stating it is one of his worst film of the year,  Starring Kevin Costner, Gary Oldman,Ryan Reynolds,  Tommy Lee Jones and even Wonder woman actress Gal Gadot, cannot save this movie. A movie that borrows from other sci-fi/ action classics such as Face Off, Avatar using another persons consciousness, and implanting it into another human being.

Bill Pope (Ryan Reynolds) a CIA operative is trying to retrieve a computer programme from a hacker called the Dutchman, which allows wormholes to be created in normal computer programming to hopefully gain access codes to all nuclear weapons in the world. With Bill being captured and tortured to death before he could reach the Dutchman. Quaker Wells (Gary Oldman) CIA commandeering chief decides to use new technology to implant memories of Bill's into an unknowing subject. Cut to psychopath Jericho (Kevin Costner) who is obviously deranged as he has long hair a scraggy beard, and is handcuffed constantly in prison because of being so dangerous. He is given a shave a Kevin Costner haircut, and is the recipient of Bill's memories, thing is Jericho is still a little psychotic, and escapes, but is slightly confused having flashbacks of another mans life. This is when up until this point it was still reasonably decent, but turning into a stupid love style story as his memories come flooding back of a married life and child, with him determined to reconnect with his family,even though he is a different person, and twenty years plus older than the gorgeous Gal Gatot.

With over acting from all involved is why this film is incredibly so bad,it is an action film, not a serious contender for film of the year, Kevin Costner and Gary Oldman, just bloody enjoy yourselves instead of treating each acting role as an Oscar contender,it is a silly Sci-fI/action movie for goodness sake, which is average at best,with average action set pieces,with the only part of the movie actually working is the cameo from Ryan Reynolds in the opening moments of this movie.
Kevin Costner should just stick to making great sport movies,with action certainly not his genre, with this failing as well as Three Days To Kill.
A very average action movie, with serious over acting spoiling this movie, a film that had decent ideas, with a very good cast, but doesn't stop this movie from still being a little shitty.
2/5⭐️⭐️ 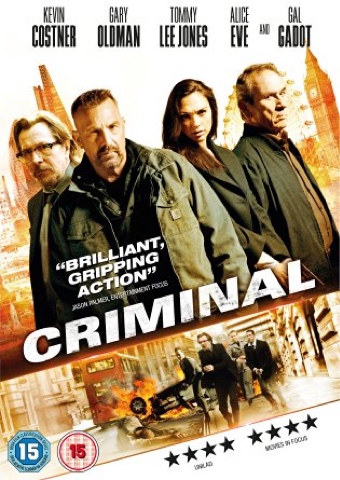