Blair Witch (2016) at cinemas now has it already bombed? Directed by Adam Wingard, distributed by Lionsgate. Will this movie ever be as terrifying as the 1999 orginal, well critics say no.

With the Blair Witch hitting our cinema screens again, hence with a bigger budget, a slightly more talented cast, will this version have the audiences terrified like the 1999 original?.
Well so far it has mixed reviews, getting on most sites a 3/5 rating, but is it any good and can it really match or capitalise on the original?.
Directed by a talented director in Adam Wingard, the director of Your Next, The Guest, and a segment on the VHS 2.
Ignoring the Book of Shadows like it never existed, and this being a direct sequel.
Using HD cameras this time, not VHS, with state of the art gadgets the younger brother of Heather is determined to find out what happened to his sister two decades earlier. With others involved including a bunch of bloggers called the 666 will they find any truth in the Maryland woods.
With a lot of critics saying this movie is far too polished, and has lost the amateur feel of the original, yes the better actors are better at doing that, but apparently has lost the terrifying effect it had on the orginal actors, who were plagued by tricks and the unknown script from the orginal writers and directors Eduardo Sánchez and Daniel Myrick.
This film still uses the same scares from the rock formations, to the sticks, as featured in the poster above, with the same cabin in the first movie famous for the standing in the corner scene. Will this film have the same shock factor ?, it is hard to tell, but with the previous movie that created the whole multi media content, with elaborate web sites, to IMDb listing the actors at the time deceased, it will never have the marketing, or the shock factor, that the original had, with the general public not knowing whether the movie was real or not. We all know this time it is clearly a movie, and although all reports say that it is better than this years other film The Forrest, the critics are still out on whether it will beat the original in the shock, and scare factor. With a disappointing opening weekend only making $9,650000 two thirds less than the original movie did on its opening weekend,with numbers still dropping and word of mouth not being the best, most are considering this movie to have already have bombed, but the fact it has at least doubled its budget of $4,000,000 does that in any sense make a film a flop, the judges are still out on that one. 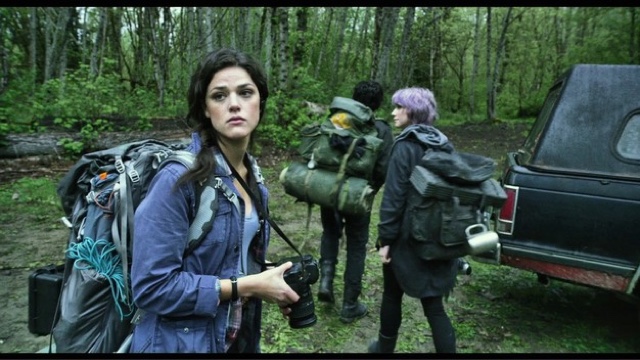