Are you coulrophobia? The fear of Clowns. With the horror world made upof these painted creatures. Here I will have a look at the most famousclowns used in celluloid. 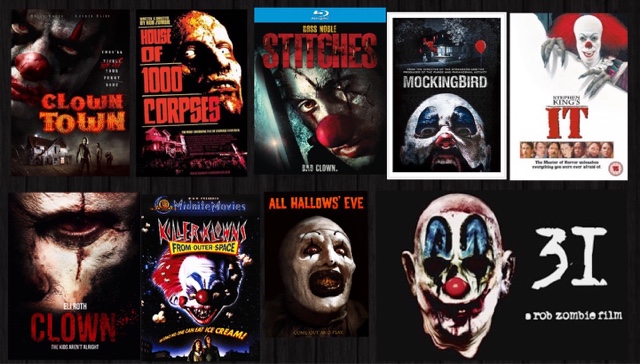 With rave reviews of IT hitting our cinema screens last week, and having one of the most profitable and successful openings for any horror film of late proving the world of horror is certainly not done with the idea of clowns, and the in depth fear they have on our psyches. With new releases every year now such as Clowntergeist which I reviewed the other day, to The Funhouse Massacre, last years 31 from Rob Zombie, and  the very underrated Mockingbird
From the Campy classic of Killer Clowns From Outer Space, from the mid eighties, to the classic mini-series from Stephen King It starring Tim Curry as Pennywise the clown.
Even clowns with no names have been terrorising kids in movies, with Poltergeist 1984, to the dreadful 2015 version. We have had clown toys attacking kids in films such as the Gate, and The Hole, for decades.
I will go through some of the most memorable clowns in horror.
1. Pennywise The Clown IT.

With Tim Curry making this character his own, from the early nineties TV series of the same name, the child killing demon, who takes on many forms to scare children, with the clown being the most successful, even though the the series is now 26 years old it is still the most iconic, and memorable clowns on celluloid.

2. Billy from The Saw series. 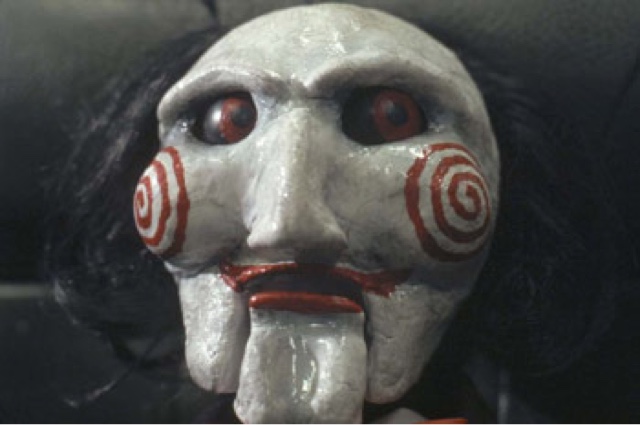 Although not a real clown as such, but the puppet of the demented jigsaw, Billy has still brought fear into people, with the one saying "shall we play a game" that will always end up with someone dying in the most horrific of ways. With Billy being almost the central character to this franchise. Whilst the Jigsaw killer changes throughout the series it is always Billy that is at the forefront of all the torturous mayhem.

Personally this clown never freaked me out, from this movie, rather more the dead bodies popping up at the end of the movie freaked me out more. Even the Preacher in Poltergeist 2 scared me more. Still it is still worth a mention in any film list about clowns, with a new reinvented clown being the forefront of the poster campaign for the most recent reboot of Poltergeist 2015.

4. Any clown from Killer Clowns From Outer Space. 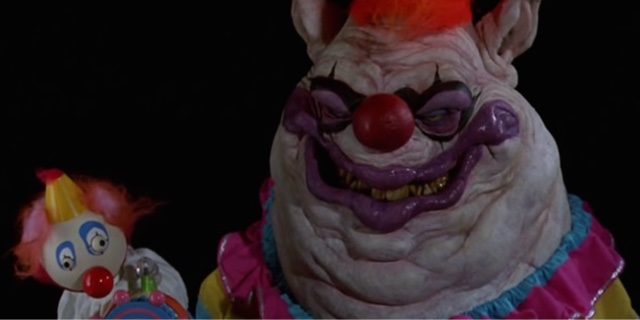 With this movie being more of a comedy, it still has a lot of freaky clowns in this movie, who come from an other planet, in the hope of turning us humans into giant candy floss canes, so they can suck out our blood. Being released the tail end of the eighties, it is still a fun, scary movie, but the decades has not been kind to this film, with it recently being downgraded on Bluray from an original 18 certificate to a paltry 15 now, just goes to show how a movie that was once quite scary, no longer has the desired effect on us, thus the reduction in certificate for this movie.

5. Captain Spaulding from The House Of A Thousand Corpses. 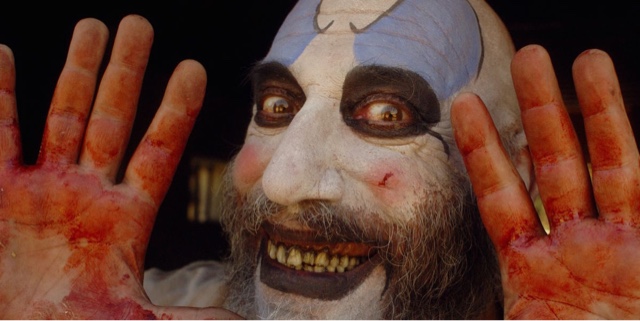 Sid Haig has been an indie actor for years starring in exploitation films for 4 decades now, with this creation his most memorable. From Rob Zombie's debut film A House Of A Thousand Corpses, a film that Hawks back to the gritty late seventies of horror. With his character, not so much frightening at first but actually quite likeable. It is other members of his sick family that is far more frightening such as Otis played wonderfully by Bill Moseley, and the equally terrifying Dr Satan. Still Captain Spaulding is still one of horror's  great clowns.

I will give a few mentions of other clowns that are memorable that never quite  made my top five scary clowns, and they are....

Art The Clown from All Hallows' Eve. 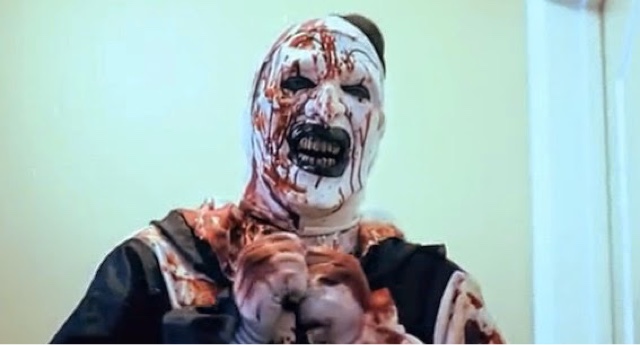 Another most memorable clown has to go too the Zombie clown from the great movie Zombieland. 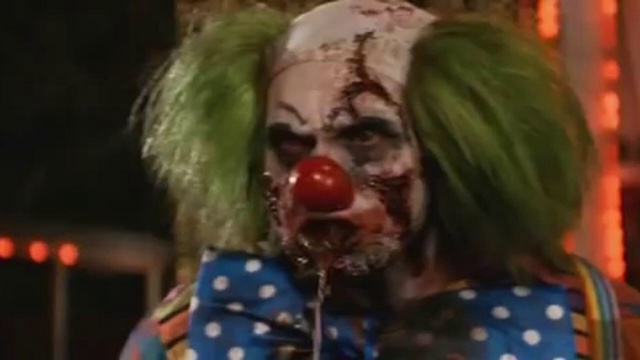 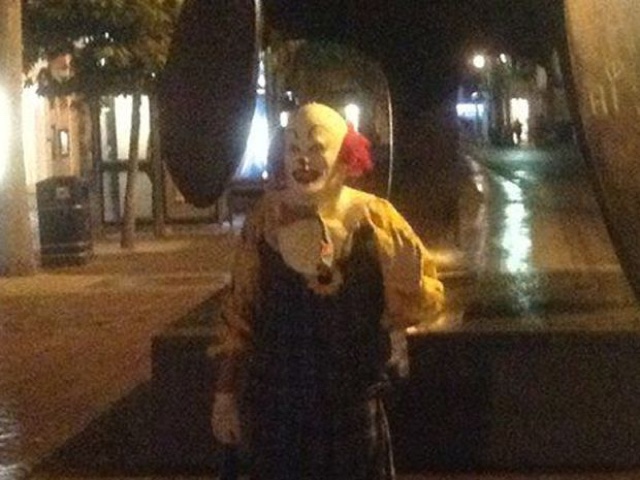