A look at Rob Zombie's latest film 31, coming this Fall hopefully In October 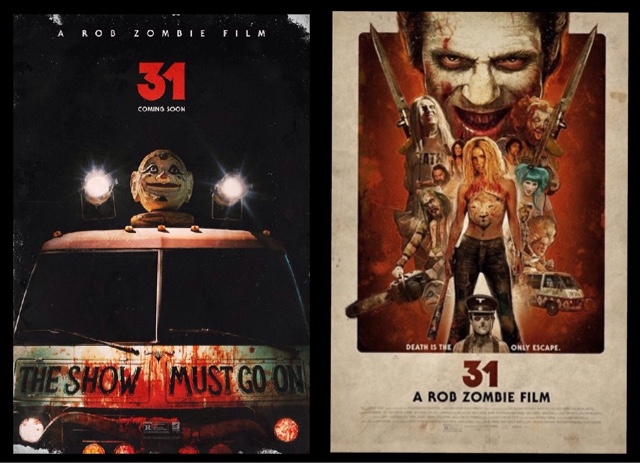 An above look at two of the advertising posters for Rob Zombie's homicidal clown torture film 31, with another two more made, with these two my favourite, especially the one on the right looking like a true exploitation film poster in proper Grindhouse fashion. With a release date given now Fall in the US, with an October cinema release hopefully. With Rob Zombie actually saying to his fans, to wait for the DVD and Bluray release of this movie,rather than watching it on demand, or at the cinema, is a strange thing to say, unless he has planned more bloodshed, special features, or even a directors cut to look forward to.
With Rob Zombie, he is a marmite film director, you either like him and get him, or you hate him, there actually seems to be no in between with this man. I actually like his movies, House Of A Thousand Corpses was an amazing piece of horror, hawking back to the great days of late seventies horror, The Devils Rejects, although one of the sickest movies made, and almost set out to insult, and infuriate censors and critics alike, I preferred that movie to the 1000 Corpses.
He also upset the whole John Carpenter fan base with his version of Halloween, and you know I liked his interpretation especially of the first movie, centring on the young Michael Myers, which upset a lot of fans, but to include Malcolm Macdowel as Doctor Lumis is amazing casting. I didn't like Halloween 2 much, as I hated all the dream sequences, and I felt the movie was more about Mrs Moon Zombie, rather than Michael, and the slaying of Doctor Lumis I didn't like, although the violence and kill count is amazingly bloody, with one of the best decapitaions seen on screen.

With 31, Rob has got back a lot of his favourite actors, reunited once more with his Wife Sherie Moon Zombie, Malcolm Macdowel is back once again, with one of the scariest looking clowns ever by actor Richard Blake, we have what looks like another survival type movie, with Sherie Moon Zombie a carnival girl, who alongside her co- workers are abducted by these psychopathic clowns, with one rule to the game, to just survive. So after watching the trailer expect a lot of bloodshed, torture in the usual very violent way Rob Zombie likes to make films, so expect a lot of backlash from the critics, who are already now lining up to be offended by this movie.
Check out the Redband Trailer below.  31 Redband Trailer. 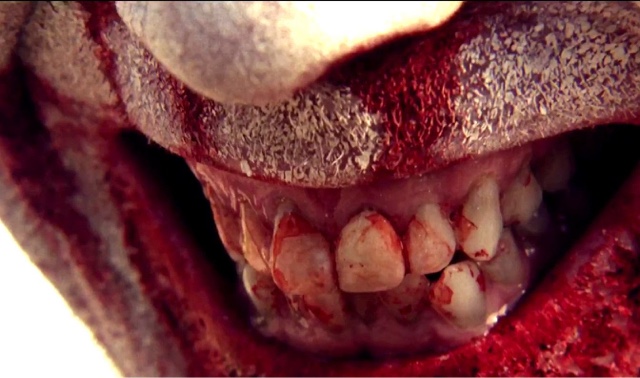