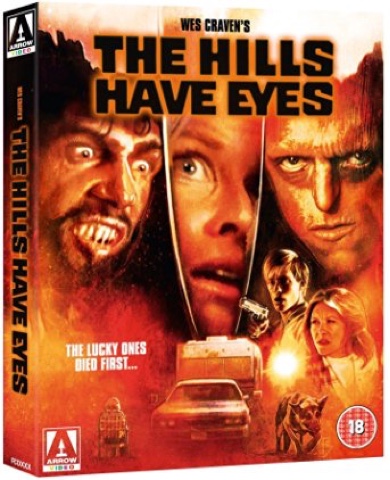 This 1977 beauty from Wes Craven is getting the 4K restoration treatment,for all those lucky to have a 4K television set,another one of the U.K. Banned film list,that was available on DVD since the early 2000's only on DVD originally from Anchor Bay,a vanilla release,with at least this great film is getting the hi-def version it deserves. On route to Los Angeles the Carter family's camper home breaks down in the middle of nowhere,caught in the heat of the desert,and fighting against an onslaught of blood thirsty cannibals,who want to devour them,this is another classic of our generation in horror, with the title "The Lucky ones die first" this film even though a little dated still does shock,with a pre Nightmare On Elm Street, it was Wes Craven firing on all cylinders.
Brand new 4K restoration of the film, supervised by producer Peter Locke and viewable with both original and alternate endings
High Definition Blu-ray (1080p) presentation
Original mono audio
Optional English subtitles for the deaf and hard of hearing
6 x postcards
Reversible fold-out poster featuring new and original artwork
Limited edition booklet featuring new writing on the film by critic Brad Stevens and a consideration of the Hills franchise by Ewan Cant, illustrated with original archive stills
Brand new audio commentary with actors Michael Berryman, Janus Blythe, Susan Lanier and Martin Speer
Brand new audio commentary by academic Mikel J. Koven
Audio commentary with Wes Craven and Peter Locke
Looking Back on The Hills Have Eyes making-of documentary featuring interviews with Craven, Locke, actors Michael Berryman, Dee Wallace, Janus Blythe, Robert Houston, Susan Lanier and director of photography Eric Saarinen
Brand new interview with actor Martin Speer
The Desert Sessions brand new interview with composer Don Peake
Never-before-seen Outtakes
Alternate ending, in HD for the first time
Trailers and TV Spots
Image Gallery
Original Screenplay (BD/DVD-ROM Content)
Reversible sleeve featuring original and newly commissioned artwork by Paul Shipper. 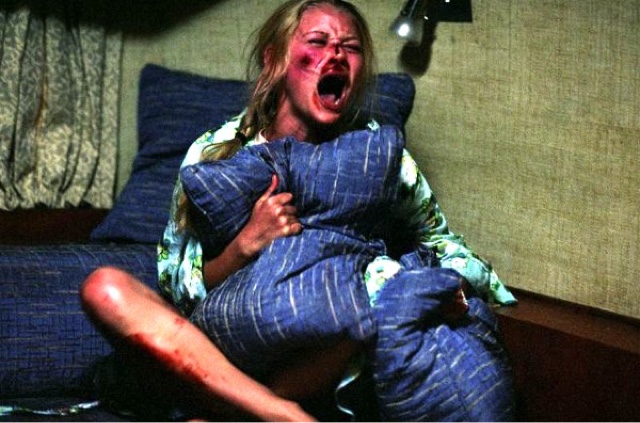