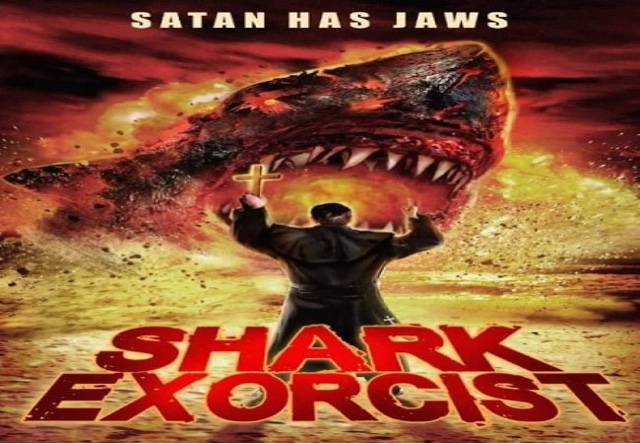 Shark Exorcist released on DVD Monday 25th July in the UK,from director Donald Farmer,the classic director of Canniblal Hookers, An Erotic Vampire In Paris,and Chainsaw Cheerleaders,comes this beauty. But please do not let the actual great DVD cover entice you,even the very cheap price tag of£5.00,do not be tempted,this film is cheap,and not the purchase price,but the film itself. Set in Paris Tennessee in a quaint small fishing village,a deranged Nun summons the Devil,which possesses a Shark and a woman,who becomes a possessed she shark woman,who both entice young people to be victims for this shark. We then have a saviour in the guise as this Priest to send the Devils back to Hell. It should be a film that could work,but with it being incredibly cheap at a budget of only $300,000 bucks,with crappy acting,terrible and cheap effects,and terrible CGI is why this film is so bad. With the director Donald Farmer being in the business now for a long time,has at least learnt a few tricks,especially in the marketing departments,making this film at least look viewable,with as before mentioned a fantastic DVD cover,that unfortunately pulled me in. I like cheap films,this is the reason I started this blog to get these films at least some recognition,I love exploitation films,I love Troma releases,and the fact that Scream Factory USA and 88 Films and Arrow Films in the UK gives older,and even newer films that would normally never see the light of day a viewing platform,but unfortunately for every great little gem that does work,we have hundreds that doesn't just like this film.
But for at least trying,and if anything for the great poster and DVD cover, and for a film that is just plain awful, it is brilliantly awful,I will give this film 2/5⭐️⭐️ for at least trying. 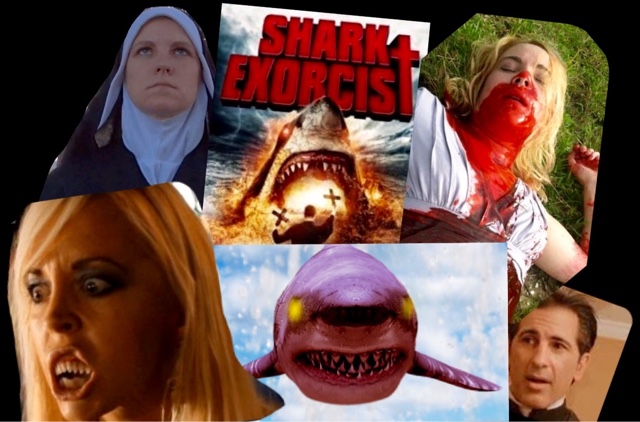