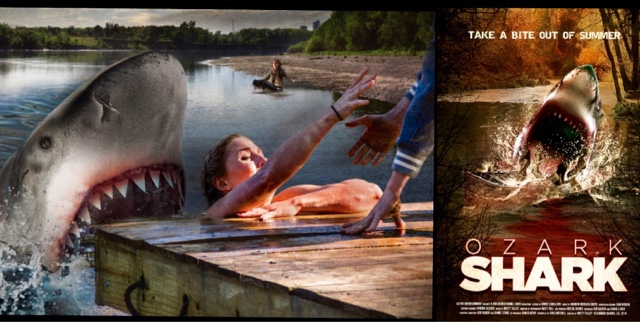 Ozark Shark, or Summer Shark Attack in the UK is another Syfy exclusive movie,and one directed for the first time In Syfy films history, a film directed by a female director Misty Talley her second feature with her first being Zombie Sharks,with most of the cast from that film reunited for this movie.
A story about rogue bull sharks terrorising the fresh water lakes of Ozark Cove, in Arkansas,just ready before the towns summer firework display. A family return to Ozark where the Grandma grew up as a child,to the picturesque lake,to only have Grandma eaten almost immediately in front of her granddaughter Molly "Allisyn Ashley Arm" all grown up now from her days in So Random,And Sonny With A Chance,with her funky short hairdo,and the obvious final girl of this shark slasher movie.
With other surprising good actors starring in this, Laura Cayouette playing Diane,Molly's mum,and more famous for starring in Django Unchained, Now You See Me, Kill Bill 2, also starring is Michael Papajohn as Dad, who recently starred in great films like Selma,American Ultra,Jurrassic World, we even have Molly's brother Harrison "Dave Davies" straight out of True Detective,The Walking Dead,and the recent Demonic.
The thing is being an original Syfy movie,most people don't bother to give these films a chance,the only reason I watched this was a sleepless night on Sunday evening/ Monday morning,with nothing on British TV that time of night apart from Babestation,and other soft porn chat line shows,and the recent insurge of betting shows especially roulette, I came across this starting just before midnight,and was hooked almost immediately,it has boobs,asses in bikinis,stupid people being eaten,and some decent shark kills,although not to be taken seriously,is still a fun 88 minutes of your time. If you gave Piranha 3D,and 3DD a chance give this one,as it isn't as stupid as Sharknado,or Snakehead Swamp,and is actually one of Syfy better crappy movies,it is cheap,but surprisingly well acted,if you see it on Syfy give it a go,if anything for the big boobed girls in this,an air powered gun named "Bigger Betty"and a shark being dragged through an industrial tree shredder can't be that bad can it?.
3/5⭐️⭐️⭐️ 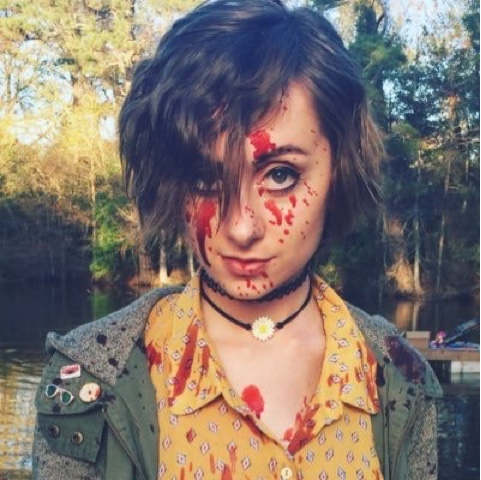