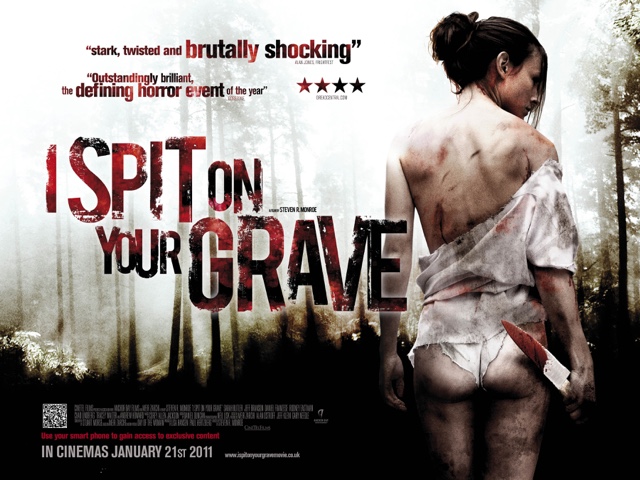 I'm reviewing this never seeing the 1978 exploitation flix of the same name,with this being readily available since early 2011,with it producing two more sequels. I did get round to watching it last night,and as the poster says " stark,twisted and brutally shocking" and this film did at least deliver what it said on the poster. With one of the most prolonged torture,then finally rape scenes,that I have ever seen on screen before.  With the male actors so realistically getting into it,the mental torture of this poor woman,with live, lit matches being thrown at her,was almost too much for me to keep watching,never since the film Martyrs have I seen such brutality and sadistic pleasure of a woman being degraded,abused physically and mentally,is absolutely shocking. I have seen other films this year that did not shock me as much as this movie,and they were The Bride and Even Lambs Have Teeth,even the reverse mental torture film of Knock Knock from Eli Roth,with the women doing the same to a male counterpart was not as disturbing as this movie.
Now back to criticism of this movie,and most like it in general,yes I get the woman has to go through a vile event to turn her into this revenge,blood thirsty woman intent on doing more damage,and put her male counterparts though even more pain,and torture. But do we have to see so much of the sick scenes earlier in this movie. The other thing that does offend me,and yes I get in society there are some very vile men out there,who do abuse women,mentally and physically,but in all these movies implying that all men are capable of this is offends me. You never see a male,in these films as positive role model,a friendly stranger wanting to help,it is always seen as some male sees a half naked woman,and his instant thought is to take advantage of her.
Apart from that little rant,and the fact that this whole movie is a vile film to watch,it is well filmed,and directed well,with extremely great acting in this,that is so good,it actually looks far to realistic,with the male cast members,actually looking like they are seriously enjoying what they are doing to this poor woman. Sarah Butler as Jennifer Hills is nothing short of brilliant in this,the very brave scene of her walking away from the abuse and rape scenes,with her stumbling away,but body shaking in shock,twitching is unnerving,but looking incredibly realistic. The acting in this movie for a revenge/ torture film is outstanding,and is the reason why this film is so brutally shocking to your senses.
I did not enjoy this film,but I hoping that others did not either,as it is not a film to be enjoyed,and if you did,you are a little sick and twisted. It isn't a film I want to see again either,but what I cannot take away from this movie,is how well acted it is,and shot brilliantly by a confident director.
3/5⭐️⭐️⭐️ 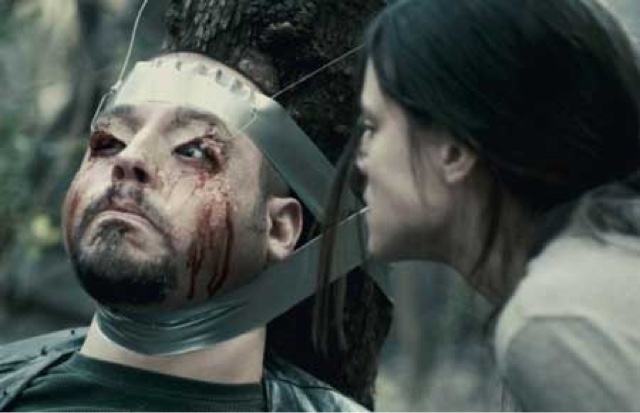