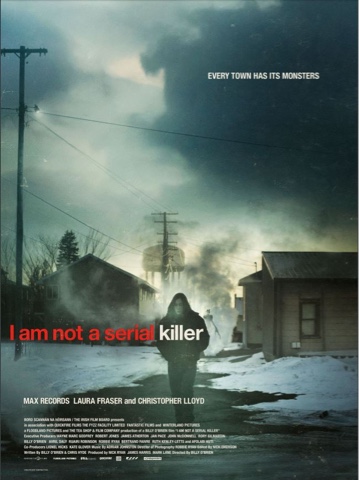 The trailer was released for this great film the other week, and I finally got a chance to see this quite remarkable film, the first book of many from Dan Wells about  the character John Wayne Cleaver, a teenager, who is extremely confused about his own state of mind, being I think wrongly diagnosed with having socialpathic tendencies, obsessed with death, and the human anatomy, probably due to the fact being brought up in an environment as his mother is an undertaker, and he regularly helps out with the preparation of the dead bodies. He like Dexter is so convinced he is going to kill, he has a set of rules to follow, be normal and do normal teenage stuff with his close friend, he has his therapist on speed dial to talk to at any time about his impulses, but the fact he has empathy, and is basically a good kid, is why his diagnosis I feel is wrong.
Plot summary;
John Wayne Cleaver believes he has socialpathic tendencies and is convinced he will become a killer, but someone in town has beat him to it, with bodies turning up regularly, with his mother having to prepare more bodies than usual. He becomes detective to try and flush out the real killer in the small town setting, with surprising results.

Playing out more like an episode of The X Files, rather than a horror or thriller, with a very slow burn to the whole movie, with nothing being rushed, patience is rewarded though, with a fantastic final third, the whole movie is acted brilliantly, with Max Records superb as John, a messed up kid proving that Where  The Wild Things Are, and even his performance in the film The Sitter, as a neurotic kid, he bettered in this movie. With his obsession with body parts, and his own convinced mind he is dangerous, when he clearly isn't, with other great performances from Scotish actress Laura Fraser, as John's Mother and Christopher Lloyd in a movie that he is playing his age,and actually looking like a frail 77 year old, we have one of the cleverest, monster amonst our midst films I have seen. With a monster that is really not a monster at all, but a being just wanting to live and survive, by any means necessary, almost like a vampire needing blood to survive. The book surprised everyone by the monster twist, this film gets to the twist very early on, but doesn't spoil the film in any way. With John's obsession with this being, not because he is killing and leaving bodies in its midst, but a person who thinks it is the moral thing to do, and stop it, does that seem like someone with socialpathic tendencies I don't think so. With the trailer hinting that John is the killer, even the title says more about this film, and John's character.
A wonderful film, that is not particularly gruesome, although body parts are seen, it honestly does have some great tense moments later on, and the final reveal at the end is nothing short of marvellous, with the film acted incredibly by all involved, I have seen a lot of great films this year, but this one is definitely my favourite film all year.
A brilliant picture,that is just perfect, to the small town claustrophobic setting, the direction and writing on this move is just amazing, a film that is nothing short of perfection, a must watch.
4/5⭐️⭐️⭐️⭐️ 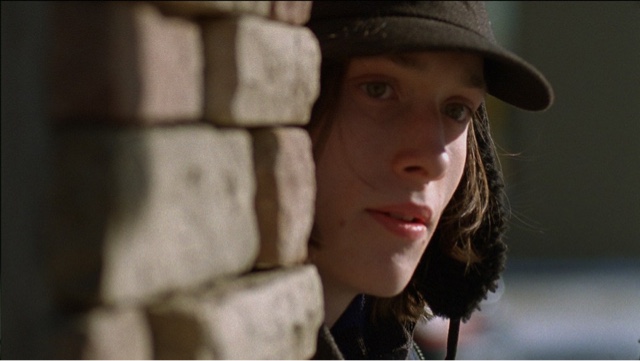