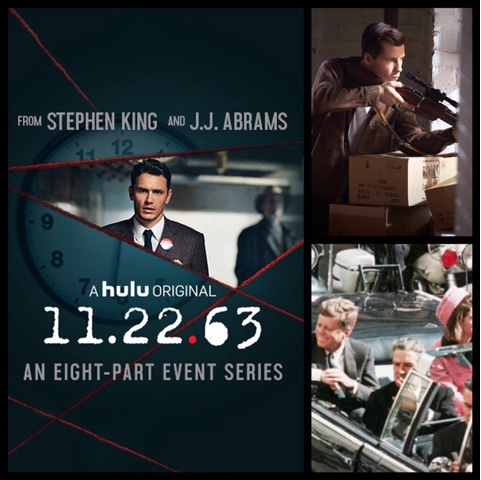 This mini series consisting of just eight episodes debuting on Hulu in the States and Fox Hd in the UK,I watched during the early summer months,from the Stephen King novel of the same name,is finally released on Bluray and DVD in the UK on Monday 15th August. Starring the Marmite of actors James Franco as Jake Epping/James Amberson an actor that a lot of people really hate,mostly because of his  comedy roles with Seth Rogen,but in decent roles and a very good script James Franco is a seriously good actor,and in this he shines,in probably his best role to date,and if he isn't nominated for BAFTA or  the American equivalent would be a travesty. A story of a High School English teacher,actually bored with life,with no purpose,or dreams to follow,his only real interaction is with an owner of this classic diner,Al Templeton played wonderfully by Chris Cooper,in which Jake frequents regularly, and Al being his only true friend.
With Al explaining to Jake that he is terminally ill with cancer,and he shows him one day a store cupboard,and tells him to step into it,this is when he is transported back to 1962, the same street,but obviously different,with the hustle and bustle of 1960's life, Jake steps backwards and is suddenly back in the diner, with Al explaining about it as a wormhole to the past,and no matter how long you stay in the past,only two minutes has passed in the present. Al calls it a rabbit hole,with Al spending his entire Adult life going backwards and forwards in time,to change the past as his life was ruined after the Vietnam war,and is convinced if he could just prevent the shooting of KFK in 22,11,63 , he could stop the war from ever happening,and actually have a better future. He convinces Jake to go through the rabbit hole and live life in 1962, to follow Lee Harvey Oswald,and to discover whether it was one man working alone,or a CIA conspiracy,as Jake is a teacher he could easily fit into 1960's life,with no ties or living family in the present.

Handing Jake a book,of interesting facts,what he has found out,and a list of possible bets on sporting events,he could make money to live off,with Jake changing his name with fake ID's to James Amberson,he is transported back to 1962, to live life under the radar,whilst following key figures in the Government,CIA that will eventually lead him to meeting Lee Harvey Oswald,who he eventually becomes is neighbor so he can follow his every movement. With the past not wanting to change and it wanting "to push back" as Al calls it,Jake is constantly fighting time,to alter the future.
I'm being honest I love time traveling movies,being hooked since 1985 when I first saw Back To The Future,they just completely amaze me with time paradoxes,and what if you changed something in the past would it really alter the future. With this series being an exception,then again with J.J Abrams involved,and one of Steven Kings better books of late,this TV series is enthralling from the opening episode,up untill the penultimate ending.
With a superb performance from James Franco,in his best role to date,making the character of Jake and James Amberson his own,with a cast of great supporting actors with Chris Cooper being underused,but a great and scary Acting performance from Newcomer Daniel Webber as Lee Harvey Oswald,with Sarah Gadon as Sadie Dunhill, Jakes love interest in this,with British actor George MacKay as Bill Turcotte, Jakes friend In the sixties who helps with the surveillance of Lee Harvey Oswald. We have one of the best mini series I have seen in a long while,although not being a horror series,it's Sci-fi element is brilliantly written,with some scenes of gore and violence later on.
A must watch series,if you are a little fed up of the gore from the Walking Dead,and need a decent Sci-Fi series to watch,and not a crappy one from the SyFy network,this is that mini series.
4/5⭐️⭐️⭐️⭐️ 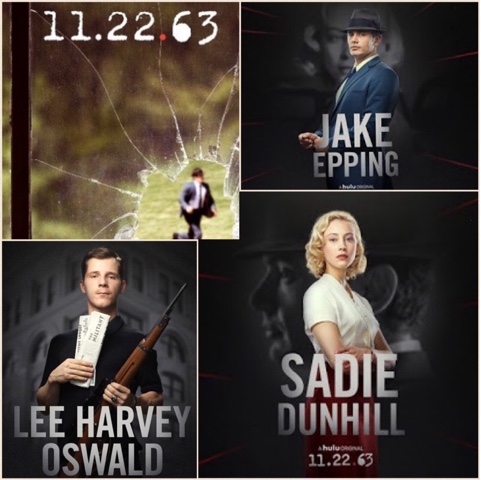