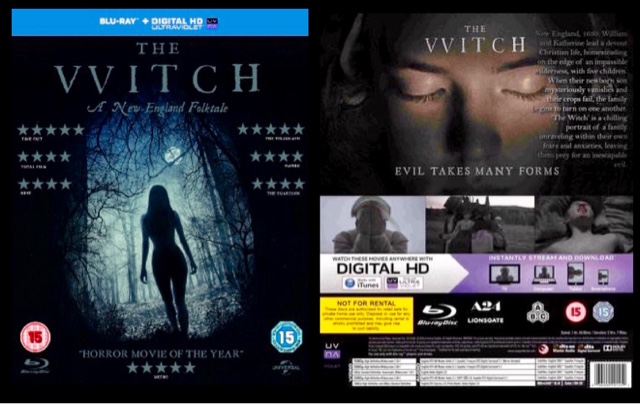 The VVitch released Monday 18th July 2016 on Bluray and DVD in the UK.

I'm going to be totally honest here I do not like period dramas of any kind, and I had a feeling that this was not going to be my cup of tea, and my fears about this film proved me right. I have  avoided over the years films like The Crucible, Ravenous and The Village for these same reasons. Please though this is purely my view on this film,others love it, others like me probably hated it,I just felt this was one of these films made,and because a few critics loved it,everyone is expected to drool all over it. I just didn't get it,or like it.
It was incredibly slow and incredibly bleak and boring for me, a film made to make you a little anxious rather than being scared,and others will probably hate me for this, but it is incredibly bad acted,by typical Yorkshire actors, with Ralph Ineson normally staring in just about every TV program about northern people,in the UK and we are saturated with his voice especially in the UK as a well known voice over artist,and his voice is used in probably about 40% of all TV advertisements and radio voice overs,especially Talk Sport. To have a whole 90 minutes of his voice was too much for me I'm afraid.

Set in New England in the seventeenth century a story of a family of Puritan faith,who are shamed and told to leave the community they once belonged to,then having to have to survive next to this creepy looking forest,with five children to feed and support,and an already over burdened feeling they are already cursed.
Strange things soon start happening,their youngest baby disappears into thin air, the second eldest child Caleb ( Harvey Scrimshaw) comes down with a mystery virus,whilst being tempted in the forest by a gorgeous woman in red and being pubescent anyway, always looking at his blossoming older sister,is easily tempted by this woman in the forest.
The twin brother and sister is convinced their goat Black Patrick talks to them saying they are cursed and their oldest sister Thomasin ( Anya Taylor-Joy)already belongs to the devil,and is a witch,with even her own family turning on her and becoming convinced all the bad things happening to them is her fault,and she is indeed cursed.

We do see a talking black goat,later on,and demonic looking Hares and crows,we see a very horrible scene of a ninety year old witch,sacrificing the young baby,crushing his organs and rubbing it over her naked body,so she can become younger and levitate. Yes some scenes are upsetting,but never really scary,the mother goes mad with grief,and poor Thomasin is to blame for everything,and her only crime,is becoming a woman,and is entering womanhood. With Anya Taylor-Joy being the only reason to watch this,as she is mesmerising onscreen,and is clearly the talent in this movie.
Now Robert Eggers is still a talent to watch out for,coming from that  area of New England,growing up with these fables,he became obsessed with the whole witchcraft thing,and made his parents take him to Salem every Halloween,apparently,so this is a film that he was extremely passionate about,even though he does not describe himself as a horror director. It is a creepy film,rather than being scary,it is made to make you feel anxious,and unsettled rather than scare you senseless,I thought it was overlong,bleak and boring,but that is my opinion. Credit has to go where it is due though, especially to the look of the film,being historically accurate  even to the exact details of the clothes on their  backs,and using a great musical score,using instruments available at that time period,to the old English speaking language still cannot save this film from boredom,with too many cut to black scenes,yes it is a well made film,but I didn't like it. Anya Taylor-Joy is just that ..... a joy to watch,but the rest of the film is a meh from me.
3/5⭐️⭐️⭐️ 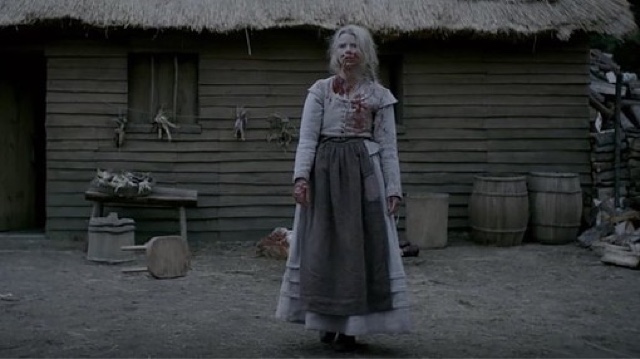