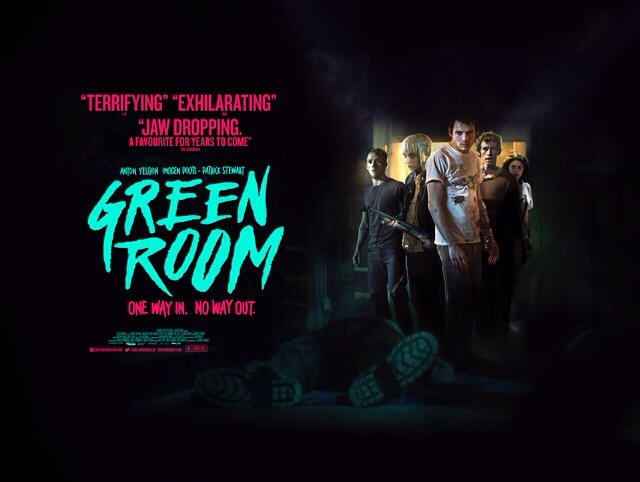 As a rock band you are always looking for that one killer gig right? This is that gig, with "The Aint Rights" an up and coming punk band,who would rather their music do the talking,and live shows,and word of mouth being more important than followers on Twitter and Facebook. Touring venues in Oregon,with a local punk rock DJ setting them up at a gig in the middle of nowhere,at a remote Skinhead bar. Surely alarm bells must've started ringing,as it is immediately obvious they are not welcome there,with pushing and shoving in the car park,before they get their equipment out. But being true rebels,like the punk movement was,they start the gig off with an anti Nazi song, by The Dead Kennedys "Nazi Punks F@@k Off" which infuriates the crowd with bottles,and glasses being thrown at the stage. Still determined to win the crowd over they then have a killer set list of original songs which go down really well.
They end the gig,get paid by the owner,and return to the green room,to witness an aftermath of a murder with a young girl with a large blade embedded into her skull,with an hysterical friend watching and a large skinhead man standing over the body.
The band dial 911, but realise very quickly when they are locked in the green room,with an armed man,threatening them he will not hesitate in shooting them if they try to leave that things are not gonna end well.

What we have left is one of the most vilolent,intense stand-0ff's with the band realising they will not leave that bar alive that night,unless they fight back. It turns out the club they are playing is a front for a white supremacist,organised crime unit,dealing in Heroin and other illegal activities,and they will have no hesitation in killing all inside,especially as the situation looks,a band from out of town lock themselves in a room,with a gun take a man hostage,and being the club owners,will kill them and make it look like self defence.
With outstanding acting especially from the now sadly late, Anton Yeltsin in his last acting role,Imogen Poots,in an almost unrecognisable role,and the scariest but calmest bad guy played against type Patrick Stewart. The acting,the tight script,the tension this film creates is beyond words,it is literally an adrenaline pumped action thriller,that will leave you breathless. With some of the most realistic violence ever seen onscreen,with American Pitbull dogs,that is understandable why they are a banned breed in the UK,as they literally rip two people apart,with graphic scenes of throats being cut with box cutting knives,with a man being cut open and gutted using the same knife,and other extreme violence,this film will shock you. I watched this on an evening,and I couldn't sleep afterwards,as it was playing on my mind afterwards. I cannot state how good this film is,but also how shockingly violent,and intense it is. If you like Punk music,like I do,and survival type horror films,this film is a must watch. With it being draped in sadness as Anton Yeltsin is no longer with us,and what a talent he is,and will certainly be missed,in his best role I think since Odd Thomas, Imogen Poots who normally plays the hottie,is unrecognisable in this,and is certainly a bad bitch,with the scariest and calculated performance played by Patrick Stewart is why this film is unmissable,please watch it,you will not be disappointed. Directed by the Director of Blue Ruin Jeremy Saulnier.
4/5⭐️⭐️⭐️⭐️ 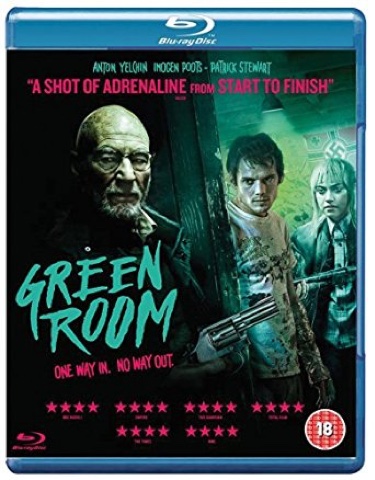