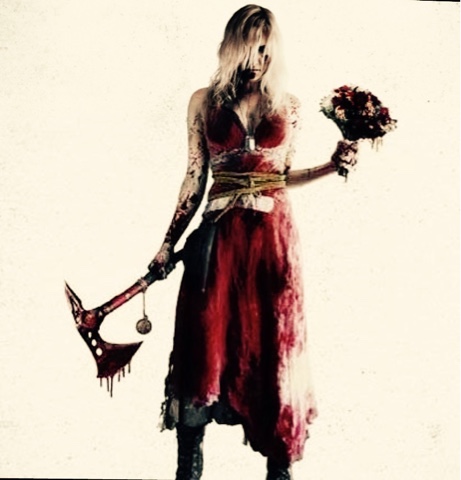 I have just watched probably the worst film I have ever seen, at least the worst horror film made,I can take bad acting,I can accept bad special effects,cheapness in general,as a film maker you have to start somewhere,look at Peter Jackson's debut Bad Taste,and how he progressed as a fantastic director. This film I'm just so confused about,whether it was made deliberately bad,or whether it was an exploitation flick. With any film especially a revenge movie,you need to have a sympathetic view of the characters onscreen,you need to be able to see the love involved between the two leads at least,but  in this we have two actors with zero chemistry,dreadfully acted by two actors,trying to convince us of their love for each other,that lasts for a very slow 14 minutes, with sex scenes added,as the dialogue is terrible,to hide this fact. With Kira (Henriette Riddervold) and Marco ( Charles Campus) as the unfortunate lovers.
Think of this film as a cross between the Last House On The Left,and Final Girl,with a supernatural twist,with a stupid Pocahontas,Zena Warrior Princess vibe going on,with a spirit of a once vengeful Indian Bride,who was raped and murdered on her wedding day,by confederation Soldiers ,to have her return from her grave to kill and scalp all involved. With this story being an urban legend,especially in this Forest with the tree she was buried under called the Blood tree.

With Marco and Kira borrowing a friends cabin for the weekend,before the wedding,with a home invasion going wrong very early on with Marco being fatally shot,and it turns out Kira is a baddass and can certainly handle herself,but is eventually overpowered,shot,stabbed then raped repeatedly by the three men,which is a horrible viewing experience,to eventually being executed,and buried alongside her fiance,under the cursed tree,and Pocahontas hovers by the tree,and leaves her tomahawk axe so Kira can reap her revenge,as she rises from the grave possessed with the Indian spirit,to kill the men,still residing in  the forest.
Singing a haunting song " something borrowed,something blue,something old,and something new,your blood will be spilt" with each kill representing something from that saying.It is only at this point although dreadful,the film does pick up,with eye gouging,bloodied scalps,throat slits,and various damage from axe attacks.
The film at this point though is so bad,it actually becomes good,the effects,the terrible editing,the acting,is unbelievably bad,you actually find yourself enjoying this incredibly crap film. Almost like you are watching a Troma style film,and the badness is deliberate.
Believe me this film is dreadful, the worst film I have seen this year, and I thought Playing With Dolls was dreadful,it really is an insult to your intelligence,and proving for every good horror movie,we will probably have to suffer 10 more bad ones. That is horror i'm afraid,and to be called the Bride is an insult..................  one she isn't even married in this,two the only two decent bride films are Kill Bill and Bride Of Frankenstein.
A complete mess of a film,that is strangely enjoyable in places,and equally terrible in others like it was made by a bunch of excitable teenagers,who have got their hands on a video camera for the first time.
1/5⭐️ 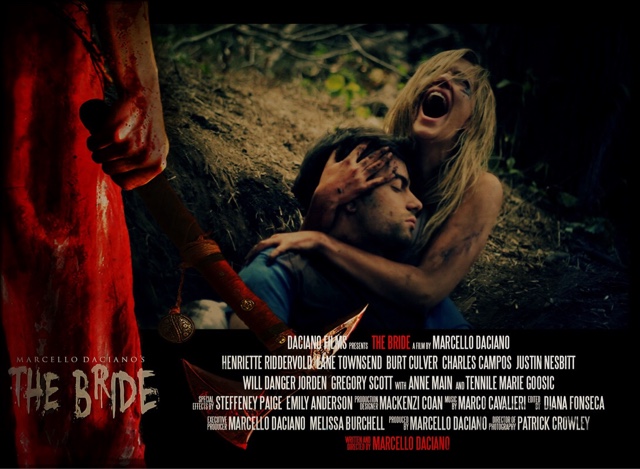