on July 24, 2016
Blair Witch 2016
This film has to be the best kept secret in Hollywood,being called the woods,during filming,production and Finally the rap,being directed by Adam Wingard,the excellent director of Your Next,and The Guest,comes his take on the best found footage film ever made,and also for the first time a direct sequel to the 1999 classic The Blair Witch Project.
We have Heather's brother determined to find answers to his sisters disappearance all those years ago
Determined to to go to Blair once more,and truly find out what happened to his sister in that famous woods. I have seen the trailer that finally dropped on Friday,and you know it does look good,and if it is anything like the original,that actually freaked myself and my cousin when we watched it together all those many years ago I will be watching this one in September at the cinema like I did the first one,to get that true cinematic experience.
I am hoping it is better than Blair Witch Book Of Shadows,which in all fairness was slated on release,but my personal opinion,watching again recently isn't that bad,and I have ordered off eBay the special edition of it, I will put on the trailer but for some reason when I tried yesterday I could not locate it,but as soon as I can get it on here I will. 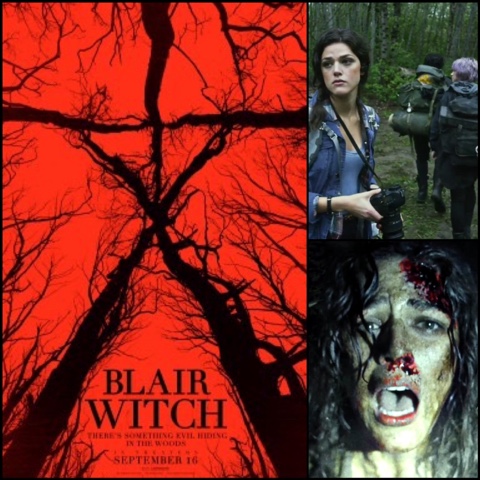