Another one of my favourites from 2003 Open Water,with an unknown cast at the time,and being filmed for many weeks,mainly on weekends,with a budget of $500,000 but I actually heard it was even less than that. With the director who wanted actual Shark behaviour filming with real Sharks, not rubber like Jaws,and CGI Like Deep Blue Sea. Marketed as a psychological film,more I think more of a survivor film,with it actually only having two actors,the entire running time,and good ones at that. You really do feel their isolation,the motion of the ocean is enough to make you vomit. The suspense is without doubt amazing and is maintained the entire film length,with you the viewer really feeling for this couple. A film that gets under your skin,and although it is based on real events,you actually feel like you are watching it live,unfolding under your eyes,with you unable to do anything about it,a film that really puts all your primal fears out there,the thought of drowning,the exhaustion,and the fear of being hunted,unable to get away,or defend yourself is truly terrifying. With the director going on to direct the film Silent House the aparent one shot/take filmed in real time,in one continuous shot movie based on Uruguayan film La Casa Munda. This film though,Open Water is the one film Chris Kentis should be remembered for,a truly amazing piece of filmmaking,that is honestly one of the most unnerving films you will probably ever watch,one film that really does get under your skin,and brings out all your Primal Fears,and will have you never wanting to get into water again.
4/5⭐️⭐️⭐️⭐️ 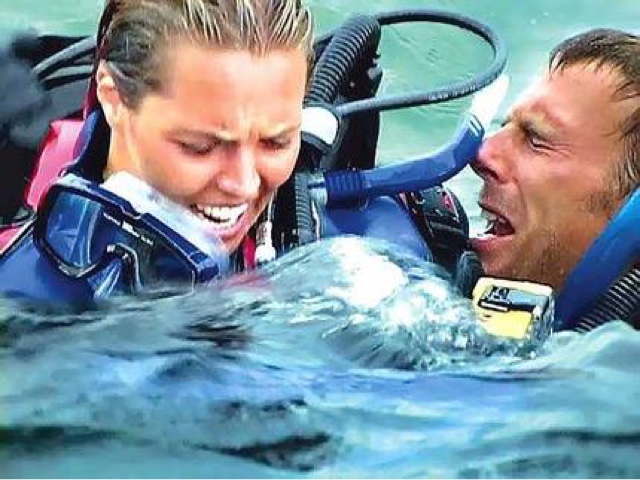