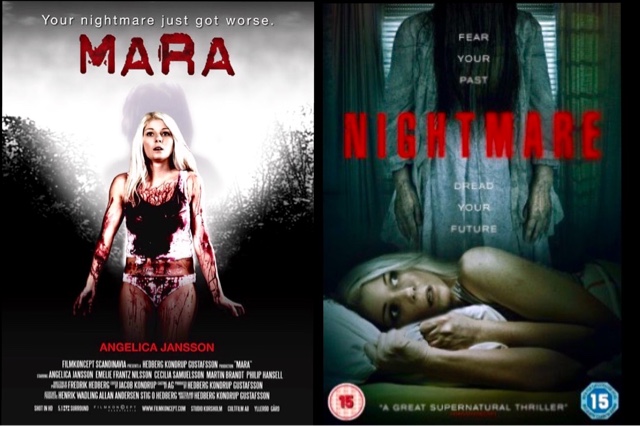 Nightmare released on 11th July 2016, is a repackaged movie released originally as the title Mara,this 2013 Swedish film starring Glamour Model,and Playboy star Angelica Jansson  on her acting debut,and you know she makes a decent effort,disappointing that they had to resort in the final third,of having her in her run about in her underwear drenched in blood at the end of the film,it isn't called for,but only put in to show off her great curves,shame as her performance is convincing throughout the film without the need for near nudity. Just a tip whilst watching this film the voiceover at the start is the whole clue to this movie,so if you miss that part you are missing out on an integral part of this story.

A simpĺe story of a girls past  coming back to haunt her in adult life,Jenny (Jansson)  after witnessing  her Father's murder at the hands of her Mother as a child, she is put  into psychiatric care because of the trauma she suffered, whilst her Mother is locked up indefinitely in a secure unit.
Cut to ten years later, her cousin is having a party and having friends round, and invites her as she thinks she could hook up with her good friend Jacob. As her mothers sister, has been looking after her family home, it is a return home for Jenny to that family home, but also a chance for her to face her demons and memories, and to face head on the ghosts of her past, as she was also abused at the hands of her demented Mother.

We have for such a short movie, only 76 minutes long, a slow burner of a chiller,with Jenny being tormented by her Mother once more, with dreams within dream sequences, as a viewer you are left confused by the plot, think of it as being a little like Inception 2010. As Jenny is unable to decipher what is reality, and what is dream, hence the voiceover at the start when she says" I don't know when my nightmares starts, and when they end, whether I'm awake, or asleep" with the whole movie being told in flashback, as she is talking to a detective, as she is convinced her Mother has killed her friends. With a twist at the end, that I never saw coming. It isn't the scariest of films, with no forced jump scares,with a slasher element added two thirds in. But it isn't a bad film, it has nudity in it, with some scenes of violence, it is nothing ground-breaking,  but is still a decent watch, Anjelica Jannson  is stunning, although it is nice to see her ample curves, it is not needed, as her perfomance is really decent in her debut, without the need to strip down to her underwear. Swedish Horror is quite decent with Let The Right One In, is still one of the scariest movies of recent times, with classics like Hour Of The Wolf by Ingmar Bergman. It was nice to watch a movie in subtitles and not in American or English for a change. Although this film offers nothing new to the horror scene, it does have its moments, with the stunning Angelica to watch onscreen for the Entire running time.
3/5🌟🌟🌟 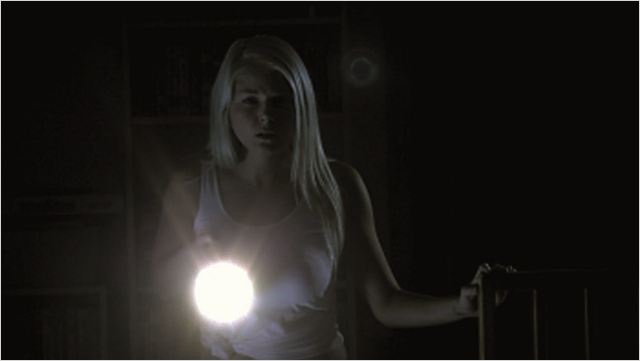