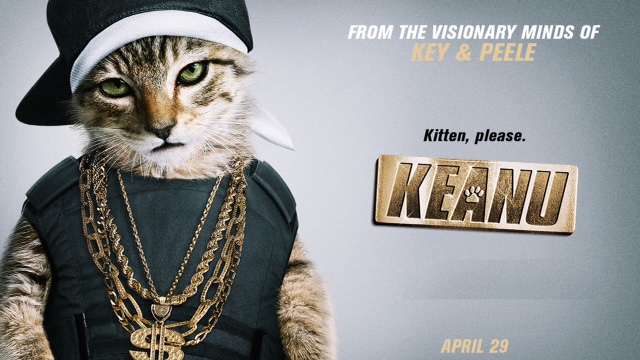 A film that really doesn't deserve to be that good,but actually is,and being a duo comedy,is steps ahead of Ride Along, The Do-Over,and very almost up there with Lethal Weapon as a buddy comedy,that actually is incredibly violent as well. From the minds of comedy duo of Jordan Peele and Keegan-Michael Key,a film that I'm betting will actually be an 18 certificate in the UK on video,due to the drug references,drug taking,violence,and the constant use of the " N " word.
The story of two normal Black Dudes Rell ( Peele) a photographer who is pining for his girlfriend who has recently dumped him, and Clarence (Michael-Key) a boring husband,who has never taken a risk in his life,drives a boring family car,and has a George Michael obsession,and is the whitest black man to grace our screens since Carlton doing the Tom Jones dance on the Fresh Prince Of Bell Air.
Two characters that are so not gangster,but actually getting mistaken for two unnamed Hitmen,from local Drug Dealer Cheddar (Method Man) to work for him.
How does the cat fit into this story,well Rell after his breakup, a stray kitten winds up on his doorstep,and he adopts it calling it Keanu. But when his house is trashed and broken into by a rival drug Gang,mistaking his house for fellow drug dealer,who lives next door,and his beloved Keanu is taken by Cheddar and his gang. They hatch a plot to just get Keanu back,by pretending to be 'street' and pretending to be two hired assassins,for Cheddar.
With really great chemistry between the leads,especially Michael-Key who I think is brilliant,ever since I saw him in Hell Baby,and Lets Be Cops,the George Michael Drug Trip,interacting with the Faith video,which turns into a Matrix parody with Keanu the cat actually being voiced by Neo himself ,Keanu Reeves is genius. The scene in the car with other gangsters,when he convinces them that George Michael is actually black,and is actually a music genius,with a singalong to Father Figure is hilarious.
This is a film that shouldn't work but it does,genuinely really funny,very violent, the Luis Guzman cameo is amazing,to say too much will spoil the jokes. But for once we have a comedy movie that has high scores on every Internet review sites,a film that was recommended to me,and yes I do review mainly Horror and action films,but this film has the perfect ratio of Action to Comedy. With the cutest cat to ever grace our screens,and two of the finest comedy performances by Jordan Peele,who coincidentally wrote this movie,and Keengan Michael-Key we have one of the craziest buddy movies ever made,a violent, foul mouthed,very funny movie,that proves it is not always the Wayne's family can write great comedy.
4/5⭐️⭐️⭐️⭐️ 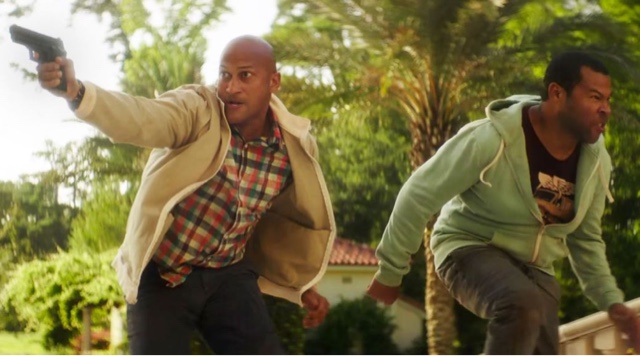