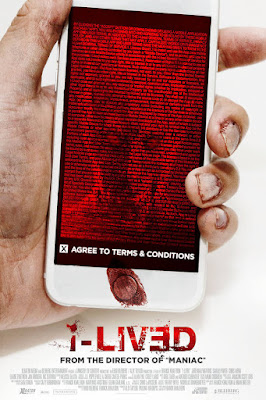 I will tell you how surprised I am from this movie,a film already in the bargain chart in my local supermarket, costing £5,00.
I thought it would be the typical poor attempt at horror you normally get with these types of films,and I was pleasantly surprised how effective it is as a chiller rather than than a horror.
A film that is more relevant today,and more current,about how far you will go to achieve your dreams, in this age when everybody wants to be famous,without having to really work for it. To become this overnight success using YouTube as your social outlet. Meet Josh (Jeremiah Watkins) who's YouTube channel J-Tech app reviews, is reasonably popular,having over 15,000 subscribers,but wanting more,like in the range of 8,000,000. He reviews apps for I Phones,and although shy and socially awkward in real life is extremely comfortable in front of a camera.

When this new social media app is released called i-Lived that guarantees to achieve its users goals in life using GPS as a tracker,and regular updates,and goals to achieve. Josh tries the app and puts in his first goal, to get a girlfriend. At first the app gives him minimum tasks to achieve such as  be kind to six strangers,join a cooking class,and dancing class,to attract any woman. Which all work in his favour as he attracts the attention of this gorgeous woman,Greta,overnight his subscribers on YouTube double,and he is being chased as a face for a new TV geek show reviewing apps.
His life couldn't get any better,apart from it all gets taken away from him,when he deletes the app. Realising this is the case he reinstall the app,to this time to get back what he had, having to do more drastic things,involving kidnapping,torture,and even murder to get back his new found life,As goals get more sinister he gets rewarded more,it is at this time whilst suffering blackouts,horrible dreams and visions,mainly involving his mum who has terminal cancer,he realises that the app is far more controlling and will never allow him to delete it,as he realised he signed a contract with i-Lived and reverse the name it becomes Devil-i.

This film is genuinely a really decent little film,from the Director of Maniac and next year Amityville The Awakening,a film I knew nothing about,but pleasantly surprising how good it is. With great casting and acting from stand up comedian Jeremiah Watkins as Josh,who is a genuinely likeable guy,who gets over his own head,and way too deep,doing unthinkable things,but not in the end for fame and popularity,but to save his family. With a message in the end to be careful what you wish for,as it may come true with devastating effects on his friends,family,and even himself,with a great and shocking ending to boot,we have a very clever,current take on modern technology,and the reliance,and possible shocking effects they could have. A truly great little chiller,and surprisingly very good film.
3/5⭐️⭐️⭐️ 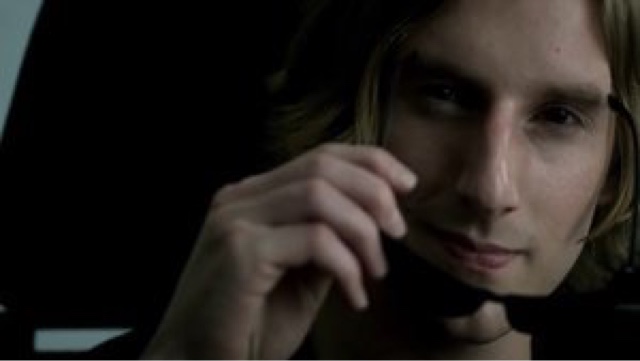