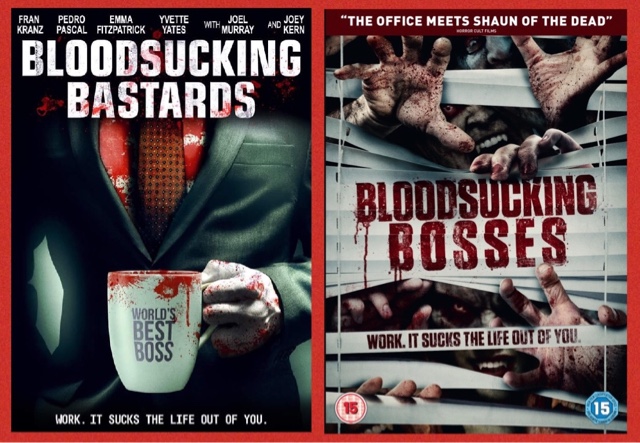 Bloodsucking Bastards or Bloodsucking Bosses as known in the UK is another example of the recent influx of horror comedies we have seen of late. At least this time it isn't zombies,but not used for some years  now since Twilight,30 Days Of Night,and Stake Land a film about vampires,this time in the workplace,with a clever nod to the mundane of life,especially in the workplace,how an organisation can suck out the life out of you,drain you of your normal personality,in a crappy,but controlling work environment,that is the idea of this film. A new management comes in with unbelievable high expectations,and targets,to the dismay of the staff,but soon with some  staff members personality changes,working longer hours,and looking a little pale,and completely dedicated to the workplace that they didn't before,is more alarming to two slackers that something has drastically changed in the workplace.
It turns out the new management is Vampires,and turning the staff into the undead,can make them a more proactive workforce,with no need for work breaks,never getting tired,and are the perfect working drones to any workforce,and in a workplace with little Windows,and access to daylight is the perfect working environment for the undead,hitting all work targets,and contracts.
It is a clever idea,and a completely different take on the usual vampire tale,my only problem is that it isn't that funny,it is incredibly slow and very dialogue heavy for the first 30/40 minutes of screen time setting up obviously the characters,but having all the action and excitement in the final 20 minutes. It isn't very gory or violent either,not like Scouts Guide To The Zombie Apocalypse,and Deathgasm was,with excessive gore,but also genuine humour.
The trailer for this movie is very misleading with blood soaked characters,hinting at a complete bloodbath of fun,it isn't after a vampire is killed they explode in a massive blood splash,coating the characters in blood,instead of them having it spilt on them via violent exchanges that I thought would happen. It isn't all bad though,the dialogue exchanges between the actors near the end,is more funny than the violence onscreen,the acting is surprisingly really good,and the final third is good,but it takes just too much time setting up the premise,with it unfortunately being too character driven throughout. Is it worth having in your collection ? well that is up to you,it is a decent film,well acted,great dialogue between actors,not the funniest though,and not particularly violent,it has it's moments,but in the end being completely forgettable afterwards. It is worth watching though for the gorgeous,very tall,and stunning actress with that great haircut,and stunningly beautiful Emma Fitzpatrick,with Cabin In The Woods actor Fran Franz as her on/ off boyfriend,are the two outstanding actors in this movie.
It is a good film........ but unfortunately is just that!!!.
2/5⭐️⭐️ 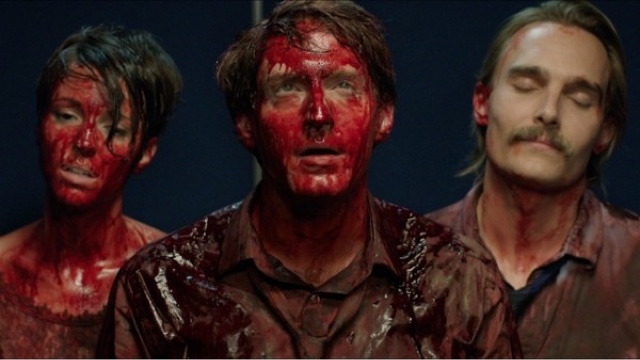