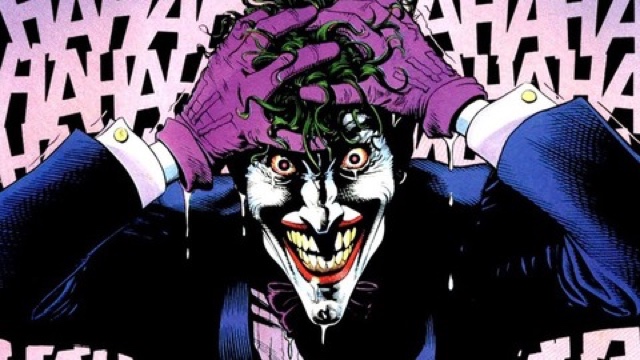 Batman The Killing Joke as finally made it onto the big screen,albiet in Cartoon form,based on the graphic comic by Alan Moore,that has taken almost three decades to finally get made. With it being put on the back burner for so many times. Starting with rumours in 2009 when Watchmen came out,another one of Moores novels.
With a decision it would be made,but once again put on hold after the terrible shootings In Aurora Columbia at the midnight premiere of The Dark Knight Rises. It finally did get the go ahead,but with a story that featured heavily on rape and abuse,and the degregation of women especially towards Barbara  Gordon,after being paralysed at the hands of the Joker,it was always a hard sell to producers,especially a Restricted R rating,where untill Deadpool,it was a no go for comic book heroes

This film is a great film,that in places works better than the graphic novel,Mark Hamill returning as the voice of the joker is outstanding. The one thing that I never understood was how could such a short Graphic novel be fleshed out into an eighty minutes film,well my concerns were made clear they add a story about Barbara Gordon,who is now Batgirl,that in all other comic adaptations her relationship with Batman/Bruce Wayne is like a father/daughter relationship. In this we have Barbara in Love with Batman,with even a sex Scene that has divided fans of this comic series. We even had a heated debate at a recent comic con about this with screen writer Brian Azzarello calling someone "a pussy" who disagreed with his script. You know that reporter was right,this 30 minute section is clearly not needed,yes we needed to maybe flesh out Barbara Gordon's character more,as she is shot almost immediately in the novel,but the first segment is not needed,neither is the sex scene,or love connection between her and Batman, Infact all it concedes in doing is making Batman almost as cold hearted as the Joker. I would of rather of had a 45/60 minute movie,that was identical to the novel,than have a fleshed out alternative.
Still where this works, Joker is truly a psychopath,more so than Jack Nicholson,or even Heath Ledger's protrayal,he is truly evil in every intensional decision he makes. With Mark Hamill as the Joker is terrifyingly brilliant, Kevin Conroy as Batman, are both perfectly cast,I particularly enjoyed a blink and you miss it scene with Batman looking at a screen,with every screen appearance of the Joker,with this Joker's face,so the purple suit from Tim Burton's Batman,the Joker sitting in prison from The Dark Knight by Anthony Nolan,is very clever,plus a blink and miss it image of the death of Robin. The song and dance routine,whilst he is sending Comissioner Gordon mad is brilliant even ending "don't get loony get mad".

This film is incredibly dark just like the novel,we still have the exactly strange ending as the comic,we have blood,we have violence,and we have one of the best back stories of how the Joker came to be.
To be honest I didn't like the first part of this movie,but it definitely does not spoil the rest of the movie,yes the Batgirl love interest is not needed,neither is the Batgirl entry into this movie,but please do not listen to the nay Sayers slagging off this. It is still an incredible piece of cartoon history,a restricted R rated super hero cartoon. The voice acting is incredible, so is the whole look of this film,if you are a fan of Batman and any of his comics or graphic novels like me you will still love it,yes some parts do not work,but in a every film a fault can be found,don't let one scene ruin what is a great movie.
4/5⭐️⭐️⭐️⭐️