The Revenant (2016) Film Review. Distributed by 20th Century Fox.Based on the book by Michael Punke. Directed by Alejandro G. Iñárritu. 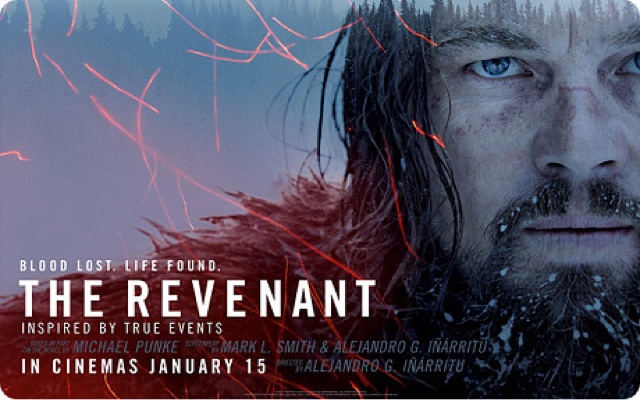 I'm being totally honest this film took me three attempts to watch,not that the film is bad,it is just so intense one minute then incredibly boring the next,with sporadic episodes of extreme violence,to wake you from your slumber,from the opening attack from Sioux Indians,within minutes of the film starting,you just about get over that,then that bloody bear attack happens. The most brutal and realistic attack ever seen onscreen, a scene so brilliant,that it is hard to see where the real bear is,and where the CGI one comes in. It is ferocious,but so real,the way Hawk fights back,whilst being eaten alive,and punched,and scratched, is just to much to take. The fact it happens so quick,and like in real life the injuries wouldn't be apparent till after the attack.because the body in fight or flight mode,and adrenaline pumping,but this scene Alone makes this a five star movie. If you are not totally blown away and exhausted from this scene,well there is something not quite right with you. This happens within the first thirty minutes mark,with another two hours screen time yet to play out to an already exhausted audience.
The problem is after that intense first half hour,very little happens again till the 90 minutes mark,an hour of Leo Decaprio,crawling,grunting and moaning his way to his Oscar,not that he said much before,with endless shots of the Sky, Treetops,in its natural light to give a sense of the natural,but brutal elements the open wilderness has to offer. Although praise has to go to Alejandro G. Iñárritu for this visionary piece of cinema,and for once shooting in chronological order,it is still an overlong piece of cinema,with it constantly reminding me of Dances With Wolves for some reason. With constant reminders of scenes that may seem familiar,such as the survival screen of cutting open the dead horse,gutting it and lying in its carcass,to hide from the elements,once again done in Empire Strikes Back,and also In the film Rob Roy with Liam Neeson. We also have the self surgery seen in Rambo 3 with a gaping wound,filing with gunpowder,and igniting to seal the wound,yes Leo does this for a neck wound.
With an unrecognisable Tom Hardy and completely inaudible,with his Southern Drawl, constantly talking about "Pelts" the only audible word he mutters,with probably the best role going to Brit Will Poulter, the Son Of Rambo,We're The Millers' and the Maze Runner actor,being the only other actor who can be understood,the one with a conscience,shame he had such short screen time.Apart from Hugh Glass 'Hawk'  ( Leonardo Dicaprio) who is the only reason to watch this movie,his tour da force acting masterclass,being put through hell for this role,with him spending most of the shoot,crawling through snow,swimming in water,being frozen solid,and eating raw fish,and Liver to prove what a professional he is.
Is this movie a 5 star film,will it is directed with a raw and dangerous edge especially the action scenes,the opening attack looks like it is filmed in one fluid take,it obviously isn't but certainly looks that way. The cinematography is realistic using just natural light,instead of the use of tens of thousands  of lumens to light a set,giving a raw edge,and not making Leo look fabulous.With scenes and Characters added to the screenplay,not seen in the book,such as Leo's son,to give the revenge element to the movie,where the book was more about plain survival. It does say parts based on the book by Michael Punke,but like most Hollywood movies creative license has been added. The survival element of this film works,with a man refusing to die to his injuries and to the environment,but the revenge part added in seemed to be a justification for this mans determination to survive,when when we all, when Push comes to shove will have that fight or flight instinct to survive.
It is still a brutal film,with some savage scenes,the blood certainly looks real in this movie,Leonardo really does put in a performance,and certainly deserves his Oscar,in the one man masterclass of acting,but I still believe I have seen better survival movies with the 1993 movie Alive being in my opinion more intense,and more brutal to the elements, than this movie,and it pains me to say that in the end and all the  hype,apart from that one great scene this film was actually quite boring,with it offering nothing new to the genre of survival movies I'm afraid.
4/5⭐️⭐️⭐️⭐️ 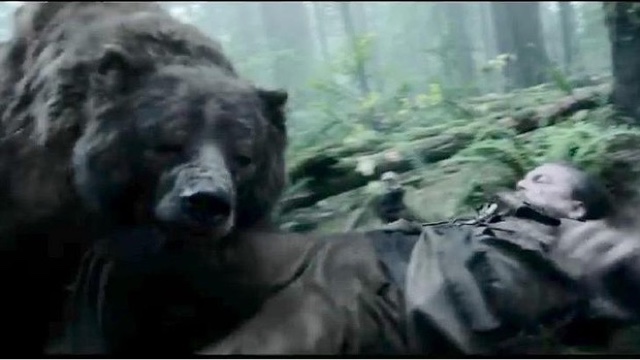