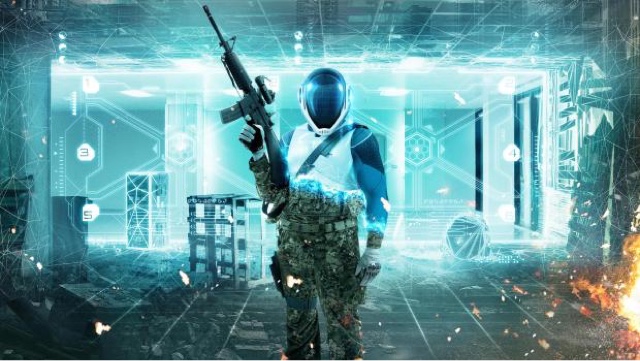 I knew nothing about this unknown little British indie Sci-fi thriller,directed by first timer Charles Barker,and what a great debut it is too. A low budget film,with higher end looking production values,although set in New York,it is definitely a British film with a mainly British cast. Think of it as a cross between Gamer,and Lawnmower Man,with Call Of Duty thrown in,a story about a bunch of gamers choosen at random,to test a new Beta Virtual Reality first person shooter game. With the Virtual reality so lifelike,you see proper people,proper blood,gaping wounds on the soldiers they are fighting,a gamers wet dream,with a feeling of kick backs,and smell of gun discharge from the weapons they are firing.
Unfortunately the fighting is a little too real,being told the first bullet will take away the protected armour,the second will do damage,it is only when one is shot and fatally wounded,they realise the Virtual Reality suits they are wearing have pain sensors where you are shot,and like in Running Man will give you a fatal electric shock to the brain to make sure if you die in the game you die in reality.
It then becomes a Slasher type movie,and you the viewer have to wait who gets picked off next,and in which order they die. Moving floor to floor starting on floor 24,with the gamers having to reach the basement,whilst be constantly attacked by so called known terrorists.
With genuine tension in places,and surprisingly good acting,forget some of the online rants about this movie complaining of poor acting,they are wrong,all the characters are believable In their respective roles,unfortunately we do fall to the same clichés of character development,we have the bully,the nice guy,the fat guy,the strong female,the ex soldier,and the weak female lead,and in fairness anyone with any Horror film knowledge,especially in slasher movies, will predict who will live,who will die,and who will be the final boy or girl,still it does have a strong and believable ending,with a great twist at the end.
As previously said earlier I went into this blindly,I had seen some of the positive reviews online,but hadn't seen any trailers,and that is what I recommend,go into this blindly if you can. It is strangely current like Lawnmower Man was early nineties with the start of Virtual Reality,and strangely like all trends resurfacing years later,with V.R headsets available for mobile smartphones,and the release of the V.R headset later this year for the PS4. This is a very clever film about the possible abuse of new technology,and what if it was used as a weapon,and not a gaming device,how dangerous it could be,as I said this film really is a decent film,I'm completely surprised how good it is. Shame it is the only a bare bones DVD once more,with no special features just a basic trailer to watch,which is the only disappointment of this release. One more small point I prefer the European,and US cover of this film,not the UK version unfortunately,but that is a small rant,as we are watching a film after all and it is a good film,and I only paid £7,00 in a supermarket.
4/5⭐️⭐️⭐️⭐️ 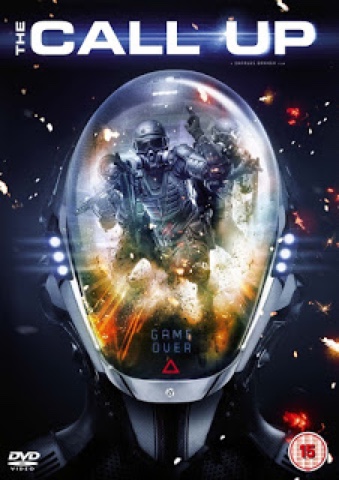