Super (2010) Film Review. This Is That Ambush Entertainment.Written,produced and directed by James Gunn. Distributed by G2PicturesUK. 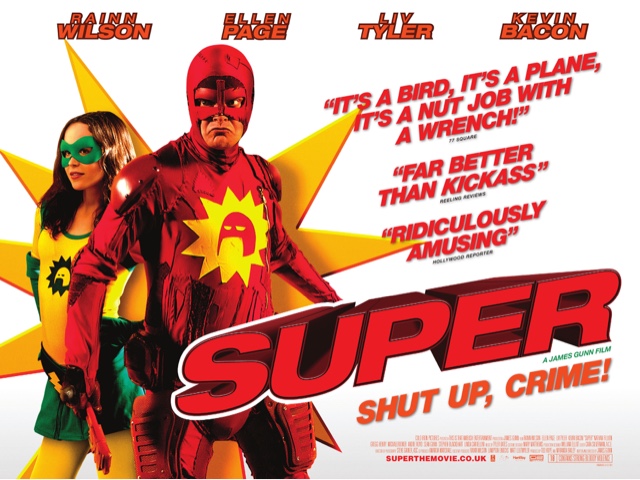 You know every now and then you come across a film that somehow you have missed and think "how the hell did this film pass me by" well this is that film directed by James Gumm the director of Tromeo and Juliette,Slither and recently Gaurdians Of The Galaxy. I found this Bluray surprisingly in my local pound shop. And what a film it is,coming out the same year as Kick Ass, I can imagine like myself thinking this was a cheap straight to video effort to coincide with the release of previous mentioned film. I was reading an article in a film magazine on James Gunn,that this film came up,saying how good it is,and probably is that one film that has slipped under the radar for most people,so I saw the trailer and it blew me away,and realised  I needed a copy,finding it for a pound was the cherry on the cake.

Starring Rainn Wilson,Ellen Page,Kevin Bacon and Liv Tyler,in a very violent,but very sweet adult style fairy tale,about a man wanting to win his wife back,from a local drug dealer,as she was once an addict and has spectacularly fallen of the wagon,with a message from God to be an avenging angel and rid the world of crime whilst trying to win back his love from the drug kingpin. This film is far more funnier than Kick Ass,and apart from the seemingly excessive violence,underneath it all is a really sweet natured film. With spot on performances from Rainn Wilson as The Crimsom Bolt,and Comic shop worker Ellen Page as his young sidekick Boltie.in a role that I have not seen bettered since her performance in Juno,she is utterly gorgeous,terribly sweet,and completely unwatchable,she is amazing in this,which makes the final third violence very upsetting ,and incredibly very sad. Not completely sure why it is an 18 certificate,probably the drug use in some scenes and an attempted rape,with I think still Kick Ass being the more violent film,this film certainly has its moments.
A brilliant film
4/5⭐️⭐️⭐️⭐️ 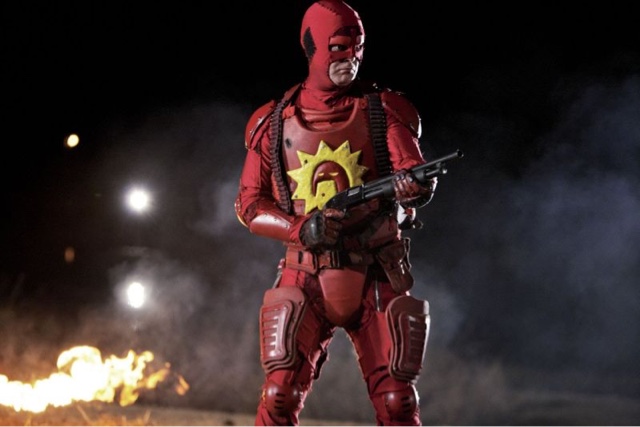