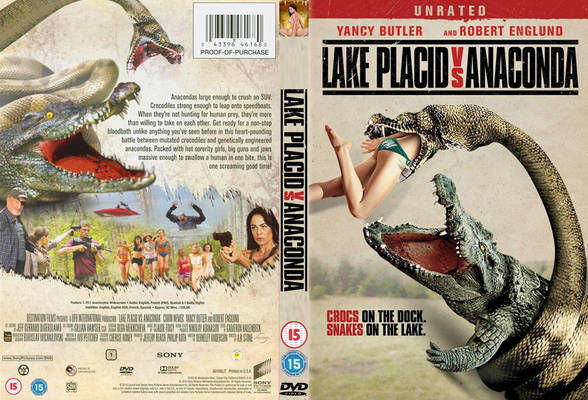 I came across this last night, I like crap movies, B movies are ace, what's not to like about this it has cops, scientists,armed mercenaries, sorority girls, in bikinis the entire running time, Boobs,bums,the same really bad, crap actress from Hard Target and Robert Frekin England, what could go wrong.
As it turns, just about everything, this movie is dreadful, not just bad in a good way type thing, no it is fookin awful. I can forgive bad acting, in these films it is expected, but this brought wooden to a new level, god cabinets from Ikea could act better than the efforts on screen here. I always thought Yancy Butler was the worst thing in Hard Target, with even Van Damme  out acting her, well you know 23 years later she hasn't improved,and if according to Wikipedia she is only 45, yeah and the rest!!

The CGI is atrocious, like even the special effects guys cannot be bothered, with what I was expecting to see a gore fest,and completely wimping out, you see no arms,limbs, no one being ripped apart, you see a leg in a crocodiles mouth, and that is it. Even Jurrasic World had the balls to be more violent,and you see more gore in that then this, and that was only a PG13. I liked the orginal Lake Placid, even the orginal Anaconda was okay, obviously the sequels got cheaper, but this cross over of the two franchises is such a mistake. I love bad movies, that is why I subscribe and pay for Syfy channel as the movies are bad, but God, give me Snakehead Swamp, Zoombies, Sharknado 1/3 anyday, hell piranha 3dd was a complete masterpiece compared to this effort. Robert England was underused,Yancy Butler overused,no likeable characters to like in this, the biggest joke is having a father/ daughter moment, when the Dad is obviously only a few years older than the actress pretending to be his daughter. The film is crapper than
Crap give it a miss please,it isn't even worth checking out of you are a little curious,don't bother.
1/5🌟 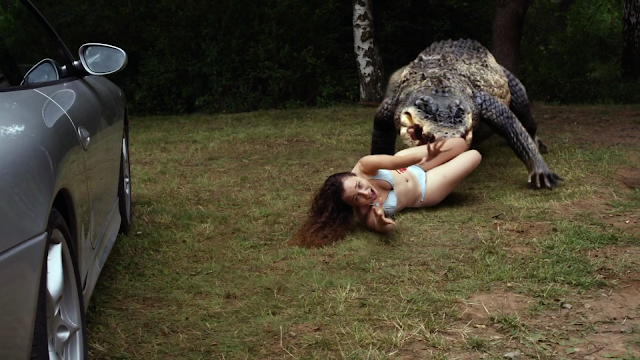