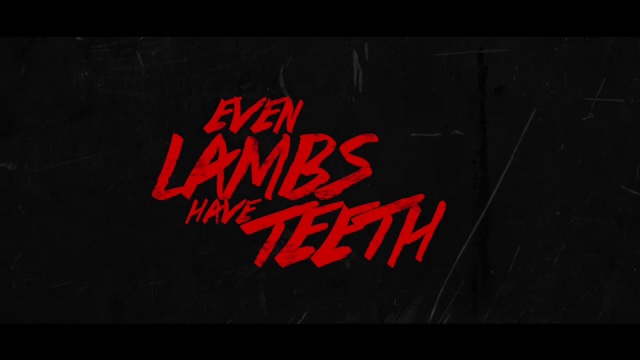 Even Lambs Have Teeth is released on DVD this week in the UK,by director Terry Miles an exploitative revenge flick,hawking back to the days of I Spit On Your Grave,and The Last House On The Left.
With this film reminding me of Eli Roth's Hostel,not so much the violence,but the fact a whole community is involved,in a depravitity of sexual exploitation,by abducting young pretty girls,and through forced prostitution and rape,become sexual slaves,for the willing towns folk to abuse. Hell even the Sheriff is involved, happening in a remote location so no one can hear the girls screams,we have a terrifying situation where girls are abused in large shipping containers,until they are no longer needed and disposed of afterwards.

Meet BFF'S Sloane ( Kirsten Prout) and Katie ( Tiera Skovbye) who wanting to earn money for a New York shopping trip,decides to work on this Organic farm for a month to save for this trip. The usual thing happens en route meeting these two young boys,who offer to drive them,instead of them waiting for the designated bus,but when they drive them to this guest house/ restaurant owned by their mother,the girls do not feel as threatened,as the woman is warming,kind and even gives them home made pie,it is only when they know the pie is drugged,and try to escape,they wake up in their underwear chained to the shipping container.
The problem I have with this film apart from the very poor acting,in which I can forgive,is that the girls are put through unimaginable sexual abuse,with everything happening off screen,not that I'm wanting to see the sexual violence,as rape is abhorrent,although the screams coming from the containers are sickening,as a viewer you need to at least be with these girls,to suffer alongside them,to then understand the turning point when they become,revenge hungry badass bitches.
Which unfortunately happens so quickly,it has none of the shocking qualities that I Spit On Your Grave,or even The Last House on The Left,with you the viewer really wanting these horrible men getting their just desserts. In this we have no cross over point,it just happens,the girls escape,go to a hardware store buy a shed load of weapons,and return back to the Guest house for a vengeful killing spree,which once again all happens off screen.

With a sub-plot of Katie's uncle who is Infact a Cop,and has told her to text him a safe word daily,to know she is alright,with each day starting with a different letter of the alphabet,a for Apple,b for banana,you get my jist, so when the uncle recieves two days with the safe word Apple,he knows something is amiss,and starts his own investigation on this small town,even suspecting about the Sheriff's involvement in his nieces disappearance.
We do have a well directed film,shame the acting isn't as good,but the two female actress's do have genuinely good chemistry between them,with some imaginative kills,although seen always offscreen the barbed wire anal probe,the tennis balls laced with six inch steel nails,the garden strimmer on the face,and the old faithful,the good old baseball bat to the head. I can see why this film has such an adult rating, 18 in the UK,but I still think the director missed a trick,if it was going to be an exploitation type of film,maybe more gore needed to be added to the violence that would have got that message across. It is still a decent film though,but in the end settling for average when it could have been amazing.
3/5⭐️⭐️⭐️ 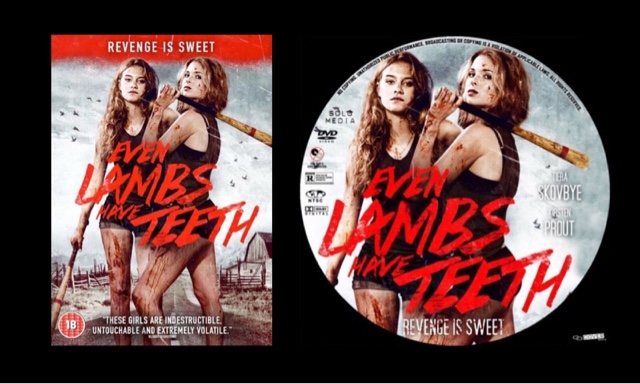