Once again I'm as surprised as you are,that I have enjoyed two Seagal films in less than a year,with Absolution last year,with two more on the way,with Asian Connection and Sniper Special Ops to look forward to. Code Of Honor another straight to DVD effort,and surprisingly a decent film,with a great script and storyline. Which if starred any other actor,or even a bigger budget would have had have a bigger impact,but starring Steven Seagal it is destined to be forgotten.
Starring Craig Sheffer the Some Kind Of Wonderful and Nightbreed star,who has strangely gone MIA in recent years,but still recognisable,if a little heavier, also starting James Russo,Louis Mandylor,R.D Call and Swedish actress Helena Mattsson.
A simple story of revenge Col Robert Sikes (Seagal) a special forces commander serving in Irac believing what he is doing is keeping his family safe back home,but the opposite happening with his Wife and Daughter dying in a drive by shooting,the usual wrong place wrong time. He goes MIA and back to the streets on a new mission to rid the streets of all scumbags,gangbangers,drug dealers,a one man mission,with a Death Wish to make the world a better place,one bullet at a time. With a surprisingly really great opening, but extremely violent that sets the scene for the rest of the movie. 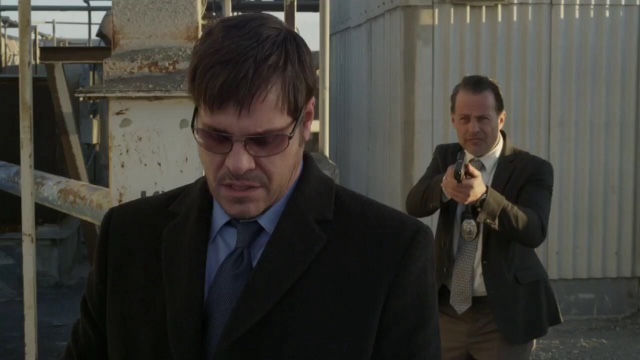 With Detective James Peterson (Mandylor) cleaning the blood off the streets,with no idea who the vigilante is,a mysterious FBI agent turns up, William Porter (Sheffer) who knows Col Sikes,and has served with him on the same Tour Of Duty,and is determined to bring him in,and stop his former friend. We have a good,but incredibly violent story,with acting that ranges from good to terrible in places,with unfortunately CGI blood effects,like the ones used in The Expendables,and Rambo. Shame using real squib effects would have made this a hell of a lot better,with a great twist in the final third,which I figured,but still made this film an enjoyable romp. We do have a Steven Seagal movie with hardly no Seagal,like most have already commented on,like his scenes were added in post production,Sheffer is decent so is Mandylor as the Detective, Seagal is putting in a just turn up and be the same acting performance. Even so with a good twist midway through saves this from being a complete mess,and actually saves,and makes this one of Seagal's better productions of late.
With a lot of people being incredibly mean about Sheffers and Seagal's weight,with myself a mid forties male,with the same weight issues,unless you are blessed with amazing genes,the weight is a hard thing to keep off,and an unfortunate side effect of getting older,with many Male actors of late taking a social media battering,such as Dean Cain,Wentworth Miller, I'm going to be sticking up for these guys alongside Craig Sheffer and say yes you are bigger than you were,but you still put in a decent performance,and is wearing the Dad Bod perfectly.
A surprisingly good film,violent but extremely watchable.
3/5⭐️⭐️⭐️ 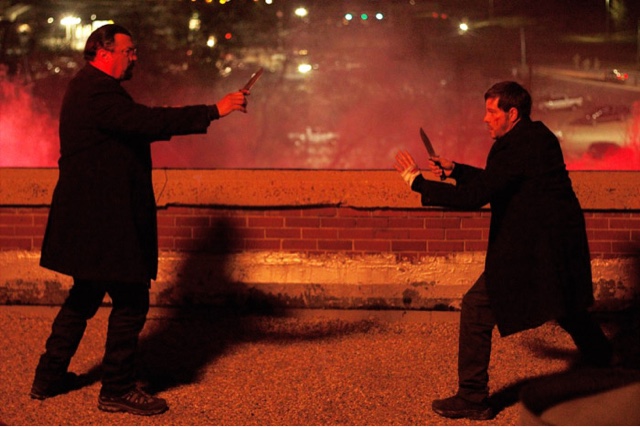