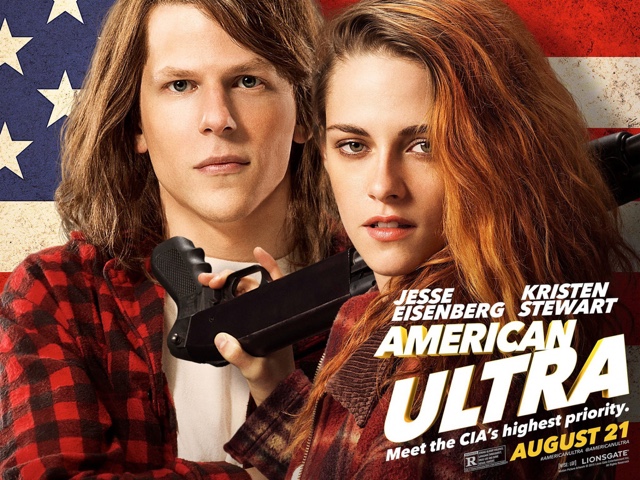 Although this is not a new release this week,I'm reviewing it as I recently brought it,and it is a cracking film,starring two stars that are like Marmite you either like them or hate them,personally I like Jesse Eisenberg,Zombieland and The Social Network being my favourites he starred in,then again Kristen Stewart,is an actress that I normally avoid, Twilight can just F@@k off,an actress who looks incredibly smug,but also incredibly grumpy at the same time. I very nearly avoided this movie because she was in it,well I'm glad I didn't as it really is a great action movie. A story about CIA sleeper agents,trained to kill,trained assassin's without knowing it,a programme long forgotten about,with all subjects returning to their normal lives,but with a code word will be automatically activated into the program once more,think of it as Dazed And Confused meets Jason Bourne and you get the idea.
With two leads that really do work well together,and actually look like they are having a blast onscreen,with some ingenious action set pieces,great kills,one including a pudding spoon,one including a frying pan,yes this film is not your average action spy thriller,it has some serious wit to it,not being a balls out comedy,but a great indie style dark comedy,that I really truly enjoyed. Starring one of my serious crushes Connie Britton as Victoria Lasseter,the genius behind this assassin program,but when realising that the CIA no longer need them and a kill order has been put on them she decides to activate her favourite, stoner Mike Howell (Eisenberg) to give him a fighting chance,with his equally stoned girlfriend Phoebe Larson (Stewart) being dragged along for the ride. With CIA number cruncher Adrian Yates ( Topher Grace) wanting to make a name for himself,and climb the ranks of the Bureau,by eliminating these sleeper assassins. With other guest stars such as Bill Pullman,John Leguizamo,we have one of the smartest action films made recently,with far too many spy films being so damm serious now with Bourne,and Bond,now being completely wit free,we had to rely on this film,and the brilliant Kingsman to bring back the comedy into the spy action film. I will take back my previous statement about Kristen Stewart,as she is incredible in this,always completely watchable,being probably the most interesting character in this movie,Jessie Eisenberg is good also,but I still preferred his performance in Zombieland,netherless this film is incredibly enjoyable. As said before I really did enjoy this movie,it is funny,vilolent,with a great final third twist,and a really good ending,with it being left open for a possible sequel,we have a great action film with some great wit,and two brilliant performances from the two main actors involved.
4/5⭐️⭐️⭐️⭐️ 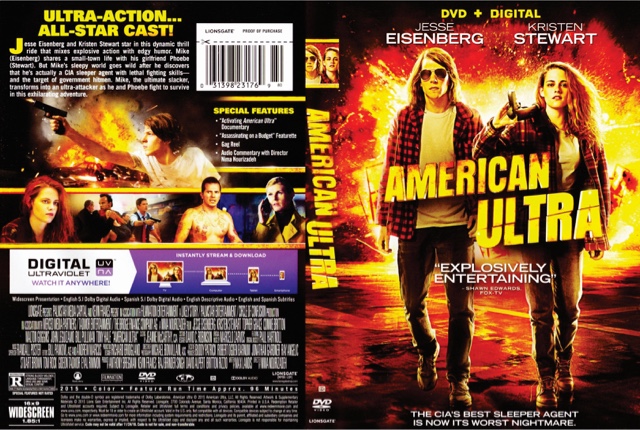