This Is The End (2013). Mandate Pictures,Point Grey Pictures.Distributed by Columbia Pictures. Directed by Seth Rogan and EvanGoldberg. 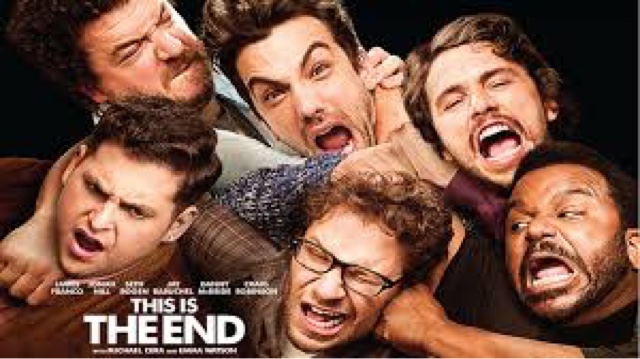 Yes this is another Seth Rogen comedy written by himself and script writing partner Jay Baruchel.
It is actually really good. The genius is they are all playing themselves,jumped up big headed actors they are. When huge sink holes start appearing around the world,they pay no attention. Even the party to end all parties,with all of Holływood elite partying at James Franco's house. When most are sucked down to hell when a sink hole to end all sink holes,swallows most of Hollywood,and almost the entire party at James's house. They still play the usual juvenile actors they normally play. Franco is an ego, Jay is the nice guy, Craig Robinson is Craig Robinson. Seth Rogan is his normal self,the genius is Johah Hill who when the shit hits the fan his true self comes out literally, and is camper than Allan Carr on chatty man. With a scene when he is possessed,because he was earlier touched up by a Demon in his sleep.Yes it is crude,very rude, very violent in places,we have decapitation,people being torn apart as the whole world is being turned to Helł. The walking Beast at the end is hilarious,when the Devil walks the Earth, with his massive D##k swinging,you should be offended but it really is funny. It is stupid,made to not be taken seriously,so please don't, just enjoy a stupid loud,crude Emma Watson kicking the shit out of everyone,type of film.
Two funny scenes to look out for The Channing Tatum cameo,and the Backstreet Boys scene at the end,although I do not like them that scene is funny.
3/5⭐️⭐️⭐️ 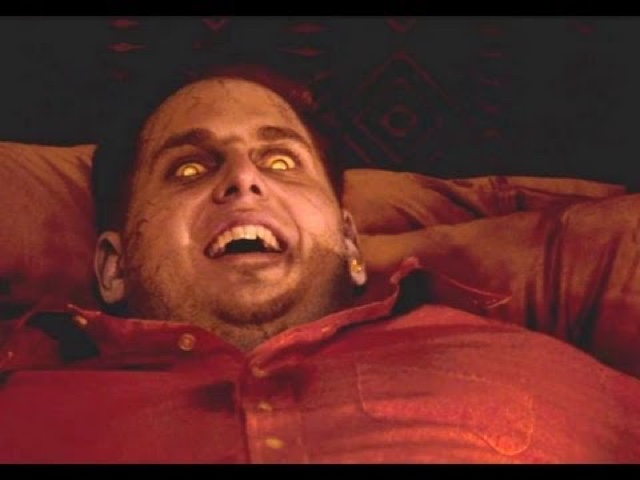