It is out of protest why I am reviewing this film,although distributed by a different company in the UK, the American arm of this film decided my review of this film last year online broke licensing laws,and tried to make me remove my video review,I appealed against this,and it can be shown in my own country,but was made unavailable from The US,as in the UK the licensing rites were owned by another company. So I will give no credit,to any of the distribution in the US,only the distribution of the U.K. Companies.
Shame really as I cannot bite my nose of to spite my face as this film is nothing short of incredible,and after deciding for over a year I have finally give in,to put my review out once more. A film that for once,like a certain brand in the UK "it does what it says on the tin" this film is that,it says it is scary on the cover,and my goodness for once they are right. It is really is scary,and for one reason the one man performance of Shane Johnson (Michael King) of the title,to hold a film almost entirely on his own,filming like a one to one documentary is brilliant. The found footage films are ten a pennie in the saturated horror market,and why because they are cheap to produce,and you know not all are bad,starting with the original film The Blair Witch Project,we have had some decent films made since,such as The Taking Of Deborah Logan, Afflicted, parts of the VHS franchise such as the Gareth Evans directed segment,and the Eduardo Sánchez segment in VHS 2,we have also had a lot of tripe. When a film comes out such as The Possession Of Michael King,you have to give credit where credit is due,and that is to director David Jung,who had taken a simple premise of an idea,made it work,because of an outstanding story from Tedi Sarafian,and screenplay by Jheraldine Mharote,and by the incredible acting skills of Shane Johnson.
I'm not going to give a full synopsis of this film,being almost two years old most in the horror community has heard of it, or has already seen it,but if you are one of the few that hasn't,you must,as I said the film is extremely well directed,acted,and is simply terrifying,it honestly made me feel uncomfortable watching it,and watching late at night as well,let's just say it played on my mind a little afterwards too.
A film that I cannot state how good the performance from Shane Johnson is,if he is only going to be properly remembered for one film,well my friend what a film role to be remembered for. Truly brilliant film making,that will chill your soul.
4/5⭐️⭐️⭐️⭐️ 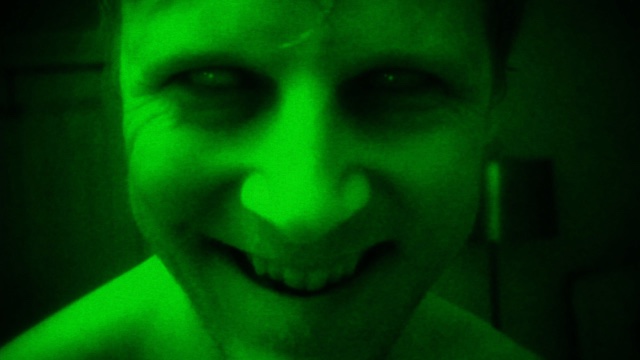