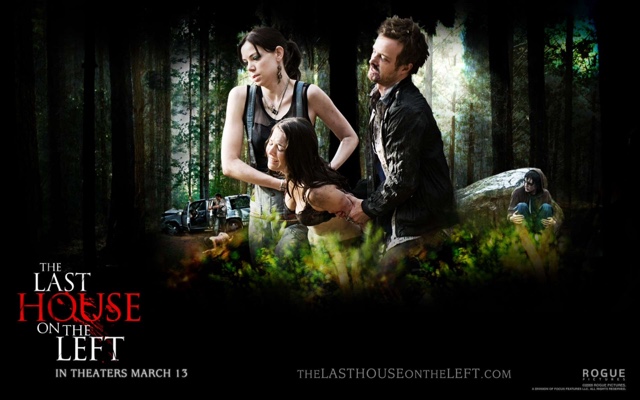 Please do not be mad at me,I have never seen the original,but I have seen this  2009 remake,with the original alongside The Hills Have Eyes by Wes Craven both being banned in the UK once more,till the early to mid nineties,with this original Last House,not making it onto DVD till early 2000 if my memory corrects me.
I went into this film blindly not quite knowing what to expect,yes I knew it would be shocking,but not so much an attack on my senses. Starring before he was made infamous in a certain TV show Aaron Paul,the young kid now grown up from Gladiator,Spencer Treat Clarke,Garret L Dillahunt, Ricki Lindhome,as the protagonists,with his best role since Ghost, Tony Goldwyn,and his onscreen wife Monica Potter.
A simple story of a family, the Collingwood's who have a holiday home in the middle of nowhere,City Folk usually,but enjoying some vacation time together with thier teenage daughter Mari ( Sara Paxton) who is not unknown to the Horror genre starring in Shark Night, Cheap Thrills, The Innkeepers by Ti West.
When Sara,and her longtime friend Paige meet the young Justin (Treat Clarke) in the convenience store where she works,being young naive girls,they agree to meet the lad later, little do they know alongside him is his recently released and psychotic Dad from prison,with two other co-hurts Francis (Paul) and Sadie (Lindhome). Which eventually leads to the sexual attack on both girls,including yet another rape scene that is vile,with the stabbing to death of Paige,who dies a horrible death. Sara who is an excellent swimmer jumps into the lake to get away,but is shot by Krug (Dillahunt) the leader of this sick gang. She manages to reach her house in the woods,barely alive,luckily her parents are Doctors and they manage to stabilise her. Little do they know when they get a knock on the door later that night by the same gang,with an injury,due to Sara managing to injure one of them before her escape. Being good people they take them in,with it pouring of rain outside,not knowing that they were the ones responsible for thier daughters rape,and injuries.
Obviously everything clicks into place,and we have the good folk the Collingwood's turn the tables,and take violent revenge on this gang. It asks the question do you follow violence with violence,and that is exactly what happens,with the gang experiencing Tourture and even worse deaths from the Collingwood's,in return for hurting thier daughter. It is an assault on your senses,and the pace does not drop off,in the final third of the movie. Is it a home invasion movie? Well no not in my book,but the Collingwood's decide to fight back,and get revenge,long before the Gang has even hinted,or even expressed any violence towards them. It is shockingly violent,and takes the whole Tourture porn to the next level,with the most shocking of endings,I'm not saying much but I will leave you with a little quote "What have you done to me Doc, I can't feel my Legs".
A film that even now I can't properly decide whether I liked it or not,yes we have bad people doing bad things,but we have good people doing even worse things,do two wrongs make a right,that is the question this film asks. With a couple deciding to play Judge,Jury and executioner in one night,for purely revenge,and retribution,when thier lives were not threatened in the first place.
A shocking film that will have your pulse racing,leaving you breathless and feeling nauseous.
3/5⭐️⭐️⭐️ 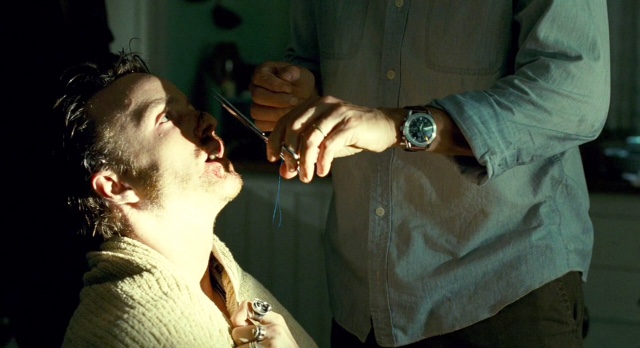