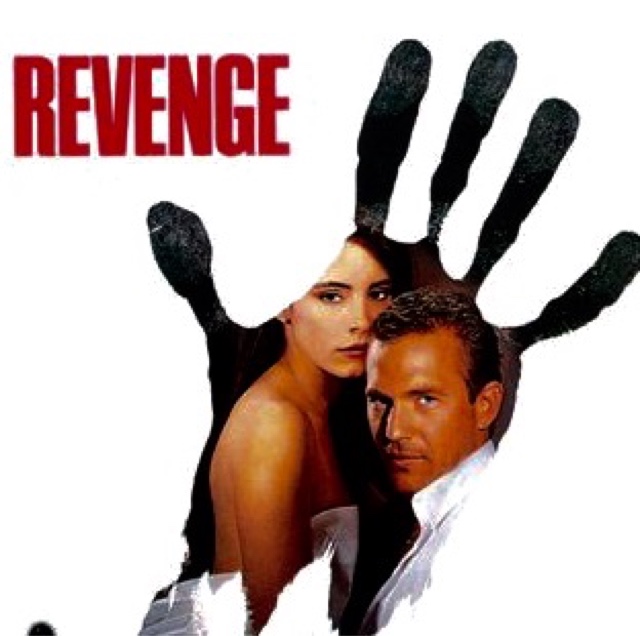 I'm betting your surprised why a Kevin Costner film has made my blog,well the reason why,it is a great film,the best revenge thriller I have seen,and being 26 years old,still has the same impact. It is brutal,it is incredibly real,and has a beautiful,but very sad ending. Staring the man of the moment at that time, the actor who was the number one at the box office,since No Way Out, to Field Of Dreams,Bull Duram,Dances With Wolves,and The Untouchables, Kevin Costner was huge,and this film was a strange choice for him to star in. A film that I thought would have gone to one of the action men of the time such as Stallone or Schwarzenegger,but going to Coster as this film being brutal,actually requires some decent acting,and has a lot of touching scenes as well.
Directed by Tony Scott,not unfazed by the action drama's coming off the Sucesses of Top Gun, Beverly Hills Cop 2, a director that I believe was always underrated,and constantly in the shadow of his brother Ridley,but I will upset people,but I always thought Tony was the better director,he could do action,and set pieces like no other director,he would wipe the floor with any Michael Bay's,James Cameron,and Walter Hill's of this world,and the world lost a talented director with his death in 2012.
This film is a simple tale of forbidden love between Jay Cochran ( Coster) and Miryea Mendez (Madeleine Stowe) the trophy wife of Gangster and kingpin Tiburon ( Anthony Quinn)  who Jay has had a lifetime close relationship with,leaving his Job as a Fighter Pilot for the Navy,to be part of his close staff,and Bodyguard. When it becomes clear that Jay and Miryea relationship has got out of control Tiburon,takes revenge on them both, disfiguring his beautiful wife,by slashing her face,and sending her to a prostitutes den of depravitity,and keeping her in a Heroin type coma. With Jay being beaten to an inch of his life,and dumped in the Unforgiven Mexico desert,naked battered and bruised,and barely alive,to die in the elements.

As I said this film is brutal,the beatings,and Tourture scenes seem real,the blood is dripping,and you can almost smell it,a film that builds up the tension,rather than it being a balls out revenge thriller,but everything seemingly being in context of the surroundings of this film. To the isolated Desert scenes,to Jay's recovery,and eventually his plotting of revenge,to take down Tiburon and his crew,bit by bit.
A modern day classic,well in my eyes anyway,easily Tony Scott's best film,a great thriller that has it all,great acting,brilliantly filmed and executed by a director in his prime,a brutal film,that has genuine moments of great love and affection,to one of the saddest endings I have ever seen,but an ending that in the end is realistic. With a fantastic soundtrack by Jack Nitzsche, this film I think has it all,and I still think it is one of the best revenge thrillers I have seen,without the need to resort to massive and unneeded gun play and violence,a film that is slow moving,but still a brutal film at that.
4/5⭐️⭐️⭐️⭐️