Me And My Mates Vs The Zombie Apocalypse (2015) Film Review. Distributed by Matchbox Films. Directed by Declan Shrubb. 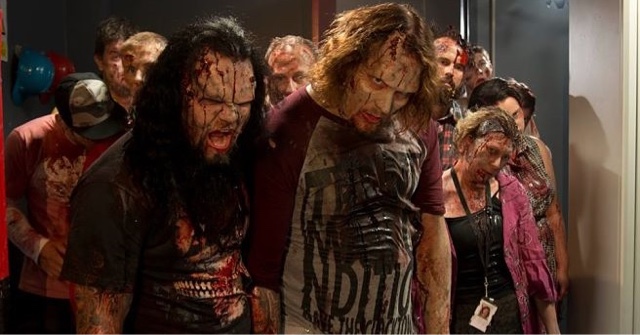 What do you get when you get three of Australia's biggest stand-up comedians and put them onscreen,you get Me And My Mates Vs The Zombie Apocalypse. Starring Alex Williamson ,YouTube sensation,and award winning comedian, Jim Jefferies,and Greg Fleet,former actor,now a stand-up comedian.
To start with this film is funny,the script is genuinely funny and witty,the three work well together,especially Roy,(Fleet) and Darryl ( Williamson) with an ongoing joke about being a member on Roy's cricket team,and Roy hiding the fact he has the virus,but tries desperately to hide it. The cock and balls checking scene is funny as Roy is convinced the virus starts on the balls. The in joke of Darryl shooting Roy's wife in the face,as she has turned,but says "we shall say she fell on a rock" with Joel (Gefferies) saying " pretty big explosive rock mate".
This film is typically Australian,using all the stereotypes to the extreme,the cricket,drinking beer first above anything else,the racism especially towards Asians,it is one large stereotype of life living in Australia. With all the actors perfect,and as before mentioned very funny,with an underused Jim Jefferies. The only problem is aside from very good jokes,we forget there are Zombies,we see only three Zombie kills,in 50 minutes,although very gory it doesn't justify the title. A film that hardly has any Zombies,just like Fear The Walking Dead,a film that relies on a funny script,to hide the fact the budget didn't stretch enough for decent gore and kills,with almost the entire running time set in the Telephone Exchange where they all work. Where in the end they have to fight their way out,as a clever Zombie figures how to open a door with an electronic pass.
A film that is not a patch on Scouts Vs The Zombie Apocalypse, Deathgasm, Wyrmwood, even Dead Rising Watchtower,has a better kill count,and all are equally funny. Shame as the scrip in this film is really funny,the actors bounce of each other brilliantly,but we do have a severe lack of Zombies to justify the title. Would I recommend,yes it is funny,not gory enough for me though,still an addition to the Zombie comedy genre,but as I said earlier not a patch on the above mentioned films,which you definitely need to see first,before you watch this film.
3/5⭐️⭐️⭐️ 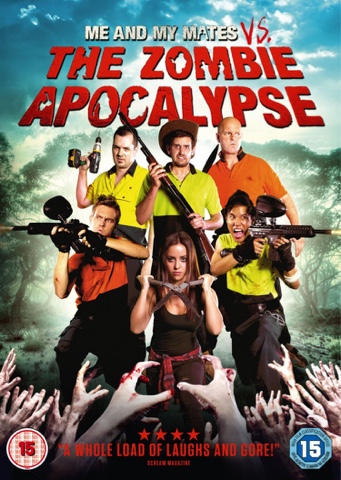