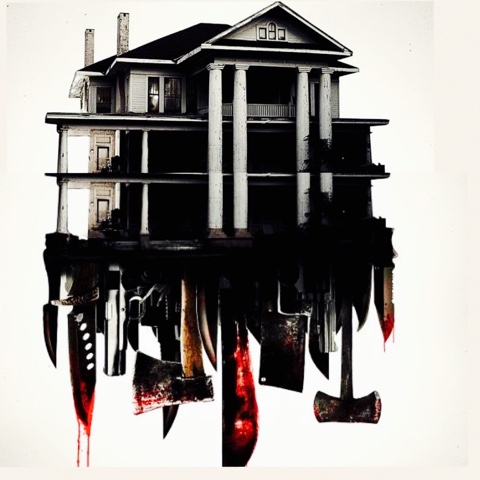 Released today in the UK on DVD and Bluray, intruders or Shut In as it is known in some countries,is a little jem of a film I knew nothing about,and that is the best way to enjoy this great film,is watch it blindly,do not read about it,watch trailers,or spoilers online,just watch it,stream it,own it whatever as it really is a decent film. It is very much comparable to Your Next,or Housebound,both similar,both with a surprise twist,and all three having very strong female leads in.
A simple story of a brother and sister living together in this house,with the brother terminally ill with Cancer,with the sister his primary caregiver. Ideal as she has agrophobia and hasn't left the house in ten years,with only a friendly face of the meals on wheels service delivered hot food daily for company.
And that is the way she likes it,until her brother finally loses his battle,and she is left on her own,with a strange conversation one day with the meal delivery guy,she offers him a load of money,in which he refuses. On the day of her brothers funeral,three goons,break in to steal the money,thinking she will be at the funeral,little do they know of her condition,meaning she is unable to leave the house,and attend ever her brothers funeral,leaving her at the mercy of these home intruders.

The strange thing is she doesn't seem that scared by the intruders, doesn't call for help, ring 911,instead she choses to hide in her house, that has secret doorways, hidden stairwells,hidden rooms to hide in. The intruders suddenly find that they are the ones locked in at this house and Anna is no longer the victim, but the instigator,knowing these men are locked in steel rooms, surrounded by doors that are inches thick, and deadlocked. To say anymore would spoil the film, but Anna is no push over, she might have issues leaving her house, but has no fear whilst she is in the house.

My only gripe with this movie is the intruders are the usual stereotype you would see in most movies we have the brain's, the thinker, the out and out psychopath,  and the one guy who is the weekest and most sympathetic of all three. Unlike in Hush we had a genuinely scary, but very normal protagonist, this film went for stereotyping of characters we have seen before. With undoubtedly the star of this film is Anna who is played wonderfully by Beth Riesgraf,and another great performance from Rory Culkin,as the kind delivery guy.
Jack Kesy as J.P the head of this gang is good,but not as menacing as he could have been,rather a quiet thinker,and Martin Starr normally a comic actor,playing against normal character type as a psychopath,is good,but just that, good!! Growing a beard to look more fierce,or to be taken more seriously still doesn't completely make you a psychopathic killer.

All in all we have a very good film debut from director Adam Schindler,very tense in places,very well acted,especially from Beth Riesgraf,with some below par performances from the intruders of this film,shame really, yes I know the film is all about Anna and her fight for survival,but did they have to make it so easy for her. A very good film,tense,violent,a few f-bombs with some very good sound effects,especially bones breaking,and blood gurgling sounds,a very decent little horror,do not let the made by executive producers of Insidious and Paranormal Activity put you off as this film is really as said previously,very decent.
3/5⭐️⭐️⭐️ 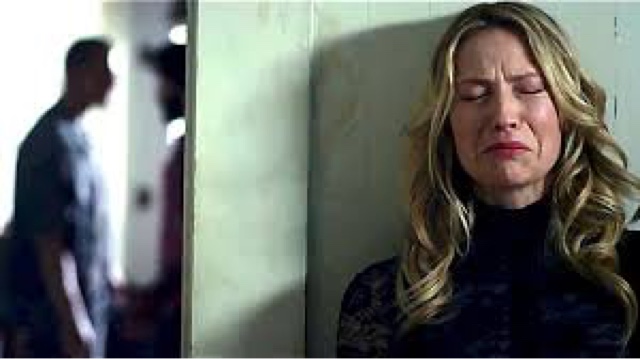