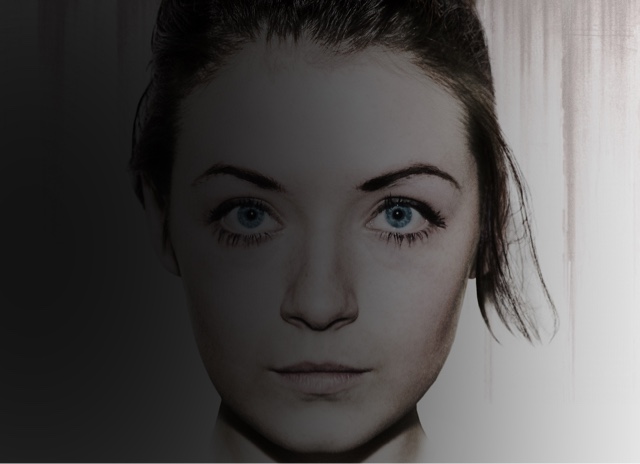 "There is something wrong with the babysitter" says Jacob,this is one strange film to categorize, is it a home invasion movie,well no as she is invited in,is it a horror/ slasher movie,once again no,it is a psychological movie,of the highest order. One of the most uncomfortable films I have watched recently,and I'll tell you now, not a lot gets to me,blood onscreen,Tourture,even sexual violence,although always condoning I can tolerate it onscreen. This film was unsettling on the highest order,as we know that Emelie is a strange girl,but we are never quite sure of her motives,what does she want? Will she hurt these kids she is babysitting. It is literally a movie of a parents worst nightmare,leaving your kids in good faith,with a trusted person,with that person then being someone you would rather not have in your house,or even near any of your children.
It is the simplicity of why this movie works,patents celebrating a wedding anniversary,they need a babysitter,their trusted one,is unavailable so she recommends her friend Anna,who is seen being bundled into a car early on in the opening scenes,to the father picking up,who he thinks is Anna from the doorstep of her home,when really it is Emelie,who is seen wiping blood from her sneekers,before she gets in the car. Now Emelie is charming,beautiful,on first looks a perfect girl,with the parents in no way doubting her ability as a sitter. The kids take to her except Jacob,then again he is a pre pubescent child,grumpy and certainly hating any parental guidance,who eventually warms to his babysitter,as she give him back his Vita previously confiscated by his Mother for bad behaviour,she allows him to eat all the cookies from the packet,even in one scene exposing her self to him whilst sat on the toilet. To the excitement that he rings his friend to say he has seen his first vagina.
Then the film turns sinister,to The force feeding of Sally the middle child's pet hamster to Jacobs Python,as she makes them all watch,to her putting on a movie of thier dad,in his own home movie porno,having sex with obviously an old flame, pre his wife now,kept on an old VHS cassette. At this point Jacob finds out that Emelie is Infact not Anna,who she claims to be,and his suspicions starts,with him deciding to step up to the mark,and finally do what a big brother should do,and protect his family. This movie although the performance from Sarah Bulger as Emelie,she is mesmerising,sinister,yet sweet at the same time,it is Jacob who is the star of this movie played brilliantly by Joshua Rush,such an adult type  performance from someone so young. He is literally the glue that holds this movie together when he realises that Anna (Emelie) is a threat and has taken a serious liking to his youngest sibling Christopher. 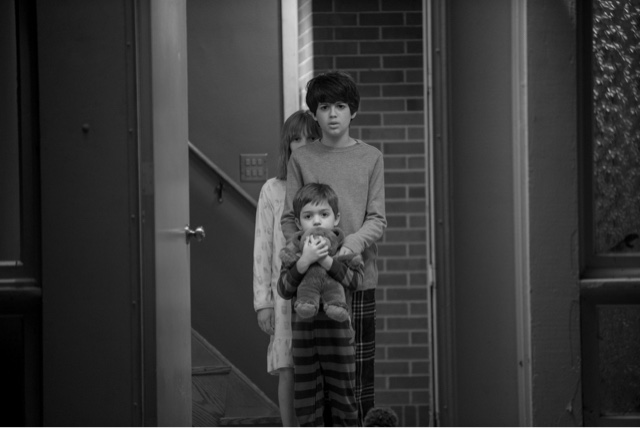 We do finally find out Emelie's motives,and in the end it kind of puts a dampener on the whole movie,the film would have worked better without the audience not quite knowing what drives her,and exactly what she is doing. For a film with such a short running time to be completely unnerving from the opening minutes to the ending credits,to fit so much in, in a running time of only 78 minutes,is incredible,and Writers Richard Raymond and Harry Herbeck you have created a sharp,very well written and extremely tight thriller,that will leave you feeling the most uncomfortable you have probably even been. With it being Directed by Michael Thelin,the tight direction,the lack of  forced jump scares,the tension is kept well though out,my only gripe with the movie,is it is so dark in the final third,and not dark and sinister,but literally too dark to actually see what is happening,we have a scuffle with the original babysitter turning up,but we see very little violence,and see none of the struggle between the two girls,he even chickens out with the car scene near the end of the film,and has the camera move away,to only be replaced with sound. Finally the ending is disappointing,whilst being clever at the same time if that ,makes sense, still leaves you feeling a little short changed.
It is easily a four star movie,that I will have to downgrade,as I felt the final third of the film was not as strong as the two previous thirds,with a strange ending to boot,a film that all praise needs to go to the child actors.
Sarah Bulger,is outstanding,Joshua Rush as Jacob is a star in the making,the film is a brilliant,and disturbing piece of cinema,that in the end I felt didn't have the ending it deserves.
Still a brilliant film though.
3/5⭐️⭐️⭐️ 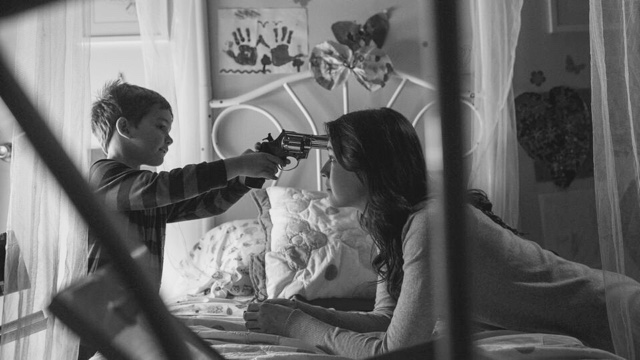