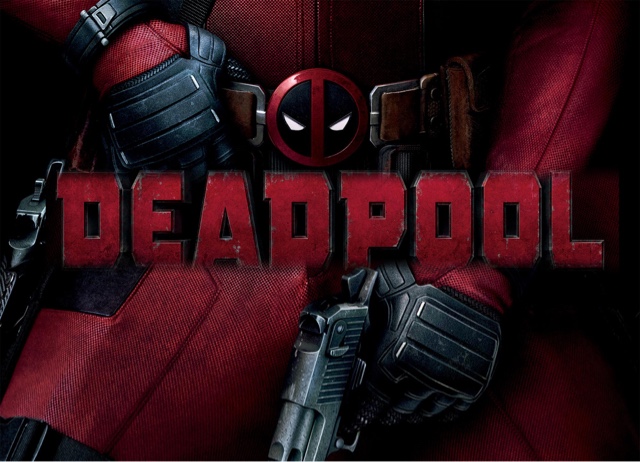 This has to be one of the coolest films I have seen,a film that is way to smart for its own good,I really cannot stress how funny,and clever this script is,with a sense of humour that is actually taking the piss out of the Marvel Universe especially the 20TH Fox movies. The star of this has to be Ryan Reynolds,an actor that I have always thought as being incredibly underrated I have always liked him,even his rom-coms and I have seen most,I am married you know, and my wife do choose the films sometimes. My faves are Buried,a one man movie that proved this guy can act,without getting his pecs  out, Safe House,in which he was Denzil Washington's equal, Selfless was decent,so was The Voices,and one of my guilty pleasures Smoking Aces.
When he was announced as the title Dead Pool character or Wade Wilson,we all had flashbacks to X-Men Origins Wolverine,that completely bastardised the character we all knew from the comics,a wise ass joke cracking superhero and they sew his fucking mouth up for gods sake. Then again Fox do have a habit of interfering with its own movies,I like X-Men, I like Byran Singer, but the insistence of only making Hugh Jackman or The Wolverine the main character is the reason this franchise has suffered,leaving Jean Grey and Cyclops a bloody side plot. Sorry going off on one,but I do like Marvel especially The X-Men comics and even cartoon series of the nineties,and Fox has not done the series proper justice.

So to have a film studio financing a new franchise,that actually is taking the piss out of its own failings in the Marvel world,is why this film is just brilliant, to the mocking of who is professor Xavier  Patrick Stewart or James Macavoy,to the fact at Xavier's school for gifted children only two members of the  X-Men are there Colossus,and Negasonic Teenage Warhead ,With Deadpool even mocking "couldn't The studio stretch the budget for any more X-Men" . The smart arse comments is why is this film is so good,to the continuing joke of the bad guy Ajax, being named after a soap product and the continuing what's my name joke being Francis. The excessive violence is fantastic,the slo-mo kill scenes are amazing especially the twelve bullets joke  the one bullet three heads prove that three definitely goes into one. Although this film is amazing I will put the plus points with the bad.
What worked,the wise cracking,the dick jokes,the excessive violence,Colossus although CGI is a pussycat under all that steel,and great to see his character fleshed out more,especially in the fight scene with Angel Dust,when a boob becomes exposed,he covers his eyes like a gentleman. Brianna Hildebrand making her motion picture debut as Negasonic is really good,using her teenage sulks and angst,and goth to the max. The always gorgeous Morena Baccarin as Wades girlfriend Vanessa,just works,and I have always thought she is beautiful since her debut in Firefly.The soundtrack is amazing using eighties music,especially Salt and Pepper and Wham.

Bad points,the bad guy Ajax/Francis is just plain annoying and completely clichéd using the British bad guy accent to the max,and is more annoying than menacing. The biggest mistake is having Gina Carano as Angel Dust the powerhouse muscle,shame as she is stunningly gorgeous,a hard ass in real life being the Female MMA world champion,and still not finding a decent film role for her failing in absolutely everything she stars in now,Haywire was crap, In The Blood even worse,Fast and Furious biggest pile of turd franchise anyway,and this movie,in which she says very little,and is actually made to look chunkier than she really is in real life.
Although the script is very funny,wise cracking and clever,we actually underneath all this have very little plot at all,just a guy chasing another guy to get his life back,in which he choose and walked away from in the first instance. Small quibbles but still quite a major one,to have a genius of a funny script,to have little else to go on. Then again the performance and wisecracking of Ryan Reynolds is the reason this movie works,amongst its floors.
A brilliant none the less return to form for the franchise,especially in the hands of Fox,which for once listened to the fan base,less messing,and allowing the film its own creative license to create their masterpiece. A brilliant film amonst all its floors,one that definitely needs to be seen.
4/5⭐️⭐️⭐️⭐️ 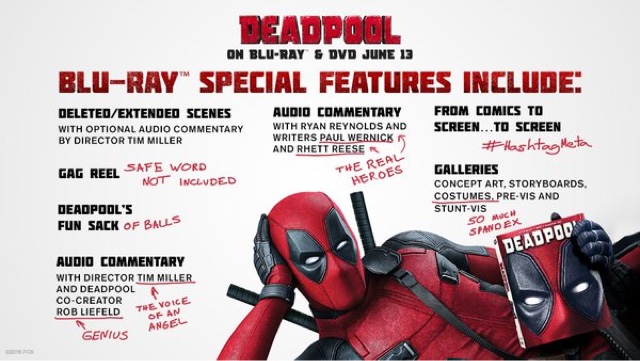