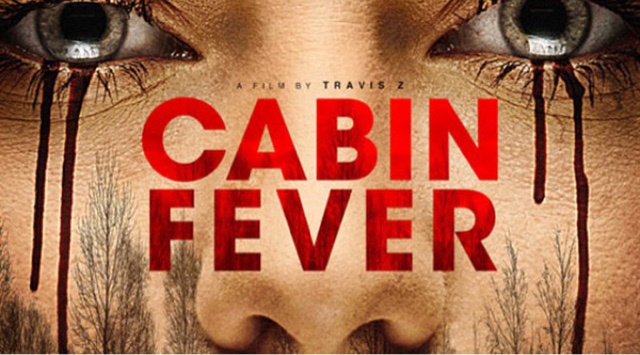 A film that is barely 10 years old requires a reboot is beyond me,with a movie industry slowly running out of ideas,with the first film being so overrated,well in my opinion anyway,with the best of the franchise being Number three Patient Zero. With this effort being nothing more than a shot for shot remake of the original,from a director I have never heard of called Travis Z.
Once again Eli Roth has put his name to another dreadful effort,a director that has always been like an excitable teenager,with a video camera,who come on in all fairness,has he ever made a decent film,with the opposite of the Midas touch where everything turns to gold,everything he touches turns to shit.
In just over a year he has either directed,produced or written some of the worst films and TV series put to celluloid South Of Hell, Knock Knock,and The Green Inferno. I just wished he would have never put his name to this,and at least saved himself some credibility. If you are going to watch a film about kids in the woods, I recommend Evil Dead 2013, Zombeavers,Exists, and the best of all the, Joss Wheldon,produced Cabin In The Woods,the finest movie made in recent years,to turn the horror genre completely on its head, directed by Drew Goddard.

With the same storyline as the first,a bunch of good looking kids,get drunk,smoke weed,get naked,fuck a lot,and get ill and their skin falls off to the flesh eating desease. With some Hillbillies brought into the mix this time,and a kid that wears a rabbit mask,and likes to bite people. That is the story I'm afraid,with this time more sex added to the mix,with an unneeded scene of a woman being fingered by her boyfriend,then to realise he has been pushing his hand into an open wound in her groin area,to the exact leg shaving scene in the bath,and the woman walking out naked,bleeding from her breasts and vagina area is not needed,only put in to give the teenage boys something to gawp at. We even have a demonic soundtrack later on in the film,with the most pointless character a female sheriff deputy,who likes to party,being blonde haired extremely gorgeous,but in real life would never be allowed to have hair that long,being an officer of the law,and would need to be tied back,but then again it is only a film so I shouldn't be so Nick-picky.

Overall is this film worth watching,well only if you can stream it for free,or otherwise borrow a copy off a mate,it is no different to the original film,being now the forth in this series,and actually managing to make the other ones look good,with all the negative reviews,at least it won't make as much money as the original,and then put out to the world, the worst director,producer,actor and writer that is Eli Roth.
With a bare bones disk, pardon the pun, with a lack of any special features,makes this Bluray and DVD vanilla release an instant miss.
1/5⭐️