I'm being totally honest,I liked this film I really did,we have had an influx of Possession films of late, The Vatican Tapes.The Possision Of Michael King,The Taking Of Deborah Logan,but not since The Exorcist 2 The Heretic have we had a film that deals with the aftermath of an Exorcism. A very clever take on the genre post exorcism,by director Jordan Galland,with surprisingly a bright neon colour palette to admire onscreen,rather than dark and dingy you would normally expect from this type of film. This film is quirky,strangely marketed as a comedy,whilst it has its moments of humour,it is more a drama,but excellently acted from everyone involved,with it having a definite art house feel to the film,with a cast that genuinely looks like they are having fun filming this film,as the performances show.

Now back to the story we have Ava ( Louisa Krause) at the start of the film having the demon exhumed from her body from a Priest performing an Exorcism. We find out Ava has been possessed for 28 days,leaving a trail of destruction in her path,including sexual violence,beatings,chewing off a Doctors finger,with her facing serious Jail time,but because she was unaware,or unable to control her actions, her lawyer gets a plea deal, so she is sent to a post exorcist meeting at a church,to talk and meet with other survivors. Kind of like a demon free AA meeting. Where she finds she is not the only one,but she is still intrigued to why she was choosen,and is determined to find out answers,which is also part of her rehab plan,to right all the wrongs she did whilst under the possession of this demon.With support from her family,considering what she did to them whilst possessed,but they are very guarded in telling Ava the truths about certain things as well. Ava bless her is very confused,and is finding it very hard to find out answers.

This film is less horror,but you do see snippets of the demon,still taunting her,and she can feel his presence,as he wants back in again,and this is frequent throughout the film.  Why this film works is the perfect performance from Louisa Krause playing Ava,who is mesmerising onscreen,she is gorgeous,I couldn't take my eyes of her,although a little too thin,she has the most perfect pair of legs,and ass I have seen. But that isn't the only reason to watch her performance,it is really hard to pinpoint why,but she is draws you in,and although I'm happily married in real life,she became my crush whilst watching her onscreen. Her performance and acting is why you should watch this film,as everyone else around her have little sympathy for her,as a viewer,you feel for her,and really want to go on this journey with her.
With great cinematography,quirky camera angles, a film with neon bright colours,and a great soundtrack from Sean Lennon,with a strange hypnotic trance sound mixed with bluegrass,we have a western feel to the soundtrack reminding me of a less violent directed Tarratino movie.
Can I recommend this film,well yes I can,this film is not a horror,it really isn't a comedy,but it is an extremely well acted,quirky piece of cinema,I do not usually like arty films,but this film had a lovely charm about it,and although some other reviews have criticised the ending,well I liked it,and that is all I'm saying about it.
A different take on a genre that has not been done before,but strangely works,a definite watch,that I can certainly recommend.
4/5⭐️⭐️⭐️⭐️ 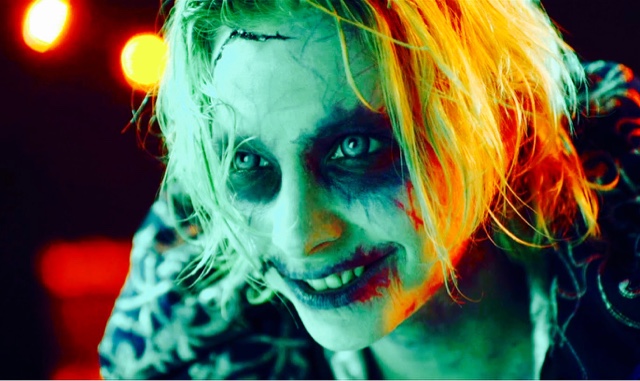