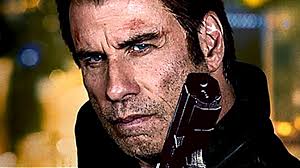 A film that is finally worthy of Mr Travolta's coolness, a trait that has been missing from his films in quite a while. Directed by Charles (Chuck) Russell who was a great director mid to late eighties to mid nineties, with A Nightmare On Elm Street 3, The Blob,The Mask and Eraser with Mr Schwarzenegger, and co writer and Producer of Collateral probably one of Tom Cruise's better films.
With this being Travolta's better films of late,a revenge thriller,in the vain of Death Sentence meets John Wick,a story of a car salesman,Stanley Hill ( Travolta) who has arrived home from somewhere,being picked up by his wife,Vivian (Rebecca De Mornay) at the airport,to only be approached by a dodgy bloke,Charley ( Luis Da Siva) asking for money,to only be jumped by other men,in a cheap shot,in a robbery,that leads to the death of his wife.
With a Police Investigation that seems half arsed,with two of the most stereotypical detectives,Det Gibson (Sam Trammel) and Det Walters (Asante Jones)  that are obviously bent,and dodgy,and are trying to protect the perpetrators,even with a positive ID in a police line up the main suspect is allowed to walk,through lack of evidence.

It is then we find out that Stanley has a dodgy past as well,a dark side that he gave up for the love of his wife,who has kept him grounded,reasonable and almost weak,which comes back as a vengeance,with the injustice of his wife's killer allowed to go free. Through reading passages through the Good book,The Bible in Jeremiah 6:11 "But I am full of the wrath of the LORD" he decides his dark half needs to resurface,with the help of his old friend Dennis ( Christopher Meloni)  to take vengeance on the scumbags who killed his wife.
This is where the film turns into a different corner,as the bad guys are wiped out so easily,it turns out his wife's murder,may not have been a robbery,but a hit disguised,with a possible link to a top senator involved. This part of the film reminded me a little of Shooter,with people in power,calling all the shots,who are the biggest criminals,with the good people being caught in between.
Why does this film work?, because of John Travolta and Christopher Meloni characters that work so well together,they bounce of each other brilliantly,acting like old friends, Like Vincent and Jules in Pulp Fiction,two guys you genuinely want to get the bad guys, are they perfect? No they are not,they're older, slower,still dangerous,but not quite as sharp as they would've been 20 plus years earlier. The scrip is funny also,with a lot of great banter between the actors,from the great script by Yvan Gauthier,and Paul Sloan. Do not listen to the negative reviews on Rotten Tomatoes,and mediocre reviews on IMDb,yes this film is not perfect,it isn't as cool as John Wick,it hasn't quite got the grittiness  of Death Sentence,but it is a return to form for Travolta,his best role since Face Off, and Pulp Fiction, so nearly 20 plus years playing bad guys,it was nice to see him kickin ass,looking cool,and for once enjoying himself on-screen.
A decent,if by the numbers revenge thriller,that is actually really good,well acted,great violent scenes,and a great chemistry between two actors.
A shoot em up 3/5⭐️⭐️⭐️ 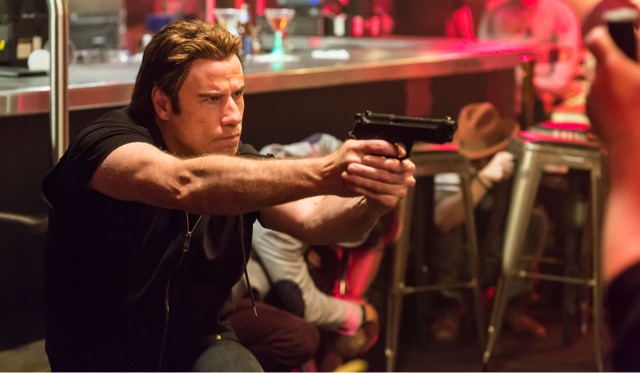